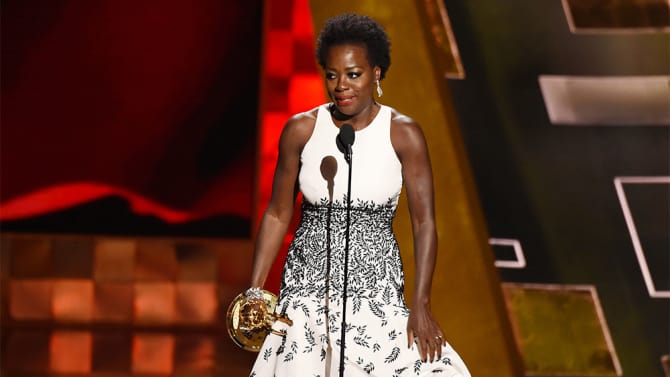 Sunday night, American actress Viola Davis (pictured) made history as the first Black woman to win an Emmy for “Outstanding Lead Actress in a Drama Series” for her role as “Annalise Keating” in “How To Get Away with Murder.” A day later, while many continue to celebrate her win, it is Davis’ acceptance speech that has taken the crown.

Up against actresses Taraji P. Henson for “Empire,” Robin Wright for “House of Cards,” Tatiana Maslany for “Orphan Black,” Elizabeth Moss for “Mad Men,” and Claire Danes for “Homeland,” Davis came out on top, hugging fellow Black actress Henson before she made her way to the stage.

Once the celebratory claps died down, Davis quoted abolitionist and humanitarian Harriet 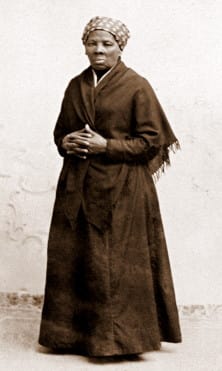 Tubman (pictured) who will forever be remembered for her courageous excursions in to America’s Black Belt region at least 13 times to rescue both family and friends from the clutches and oppression of slavery.

“The only thing that separates women of color from anyone else is opportunity,” Davis continued, calling out to Henson and actress Kerry Washington, who were tearing up in the audience. “You cannot win an Emmy for roles that simply are not there.”

that speech is killing me — octavia spencer (@octaviaspencer) September 21, 2015

that speech is killing me

“The only thing that separates women of color from anyone else is opportunity.” Congrats @violadavis on a historic victory.

OMG!!! I’m floored… and proud and crying… VIOLA VIOLA VIOLA!!! Thank you for letting us share your shine!!! Man… tears

.@shondarhimes Couldn’t have happened without you dear Shonda. Thanks for kicking that door open wide enough for @violadavis to soar thru. — Oprah Winfrey (@Oprah) September 21, 2015

I love listening to her speak. #ViolaDavis