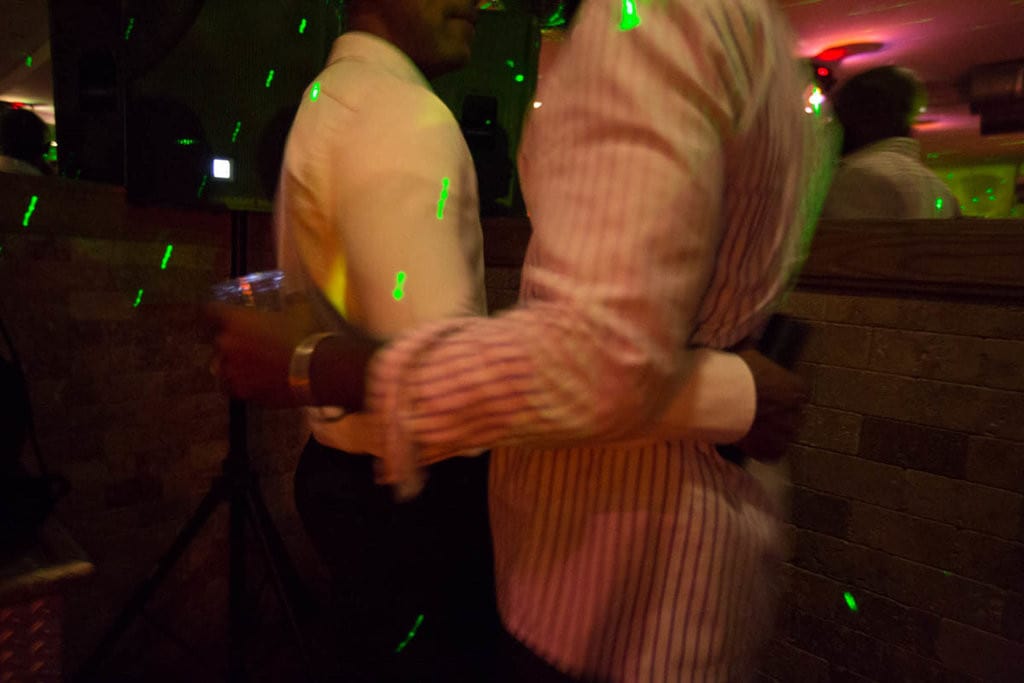 “Oftentimes, just to go away,” wrote John Dollard, a Yale scholar studying the South in the 1930s, “is one of the most aggressive things that another person can do, and if the means of expressing discontent are limited, as in this case, it is one of the few ways in which pressure can be put.”

“To leave is one of the most aggressive things that a person can do.”The words jumped out at me from the pages of Isabel Wilkerson‘s non-fiction book “The Warmth of Other Suns,” a stunning historical account of the great migration of African Americans fleeing segregation in the American South.

I thought about the last meaningful time I left a place.  It was 2002 and I had just finished my GCSE’s at a small boarding school in the middle of the English countryside. After a year of petty rebellion like missing teatime, my teenage dissent ended in disciplinary action that I find hard to forgive even now in my late-20s: The school authorities barred me from participating in a work experience program at a clothing store in Blue Water mall, which, in my 14-year-old mind, was the opportunity of a lifetime.

I remember packing my bags at the end of the school year and vowing never to return to the green pastures of Kent. I never did.

Though hardly worth a comparison to the experience of 6 million African Americans exiting the rural South, it was a significant point in my life, when I was leaving a place, a home of sorts, and moving forward to what I thought was a better future.

Yet, to leave a country, a region, your home, all you have ever known, is not a decision entered lightly. It is an extreme act that takes an iron will. Wilkerson’s narrative conjured up a time of such oppressive indignities in the South, that it caused an event reminiscent of migrations triggered by natural disasters in other parts of the world.

In the North, you didn’t have to sit at the back of the bus, step off the pavement if a White person was walking toward you, or fear a lynching, a norm in many Southern states.

In late June, I was halfway through the book when I heard that the United States Supreme court had passed a federal law allowing same-sex marriage across the country. Prior to this benchmark legislation, it had been a state-by-state battle for LGBT rights advocates pushing for the right to marry. 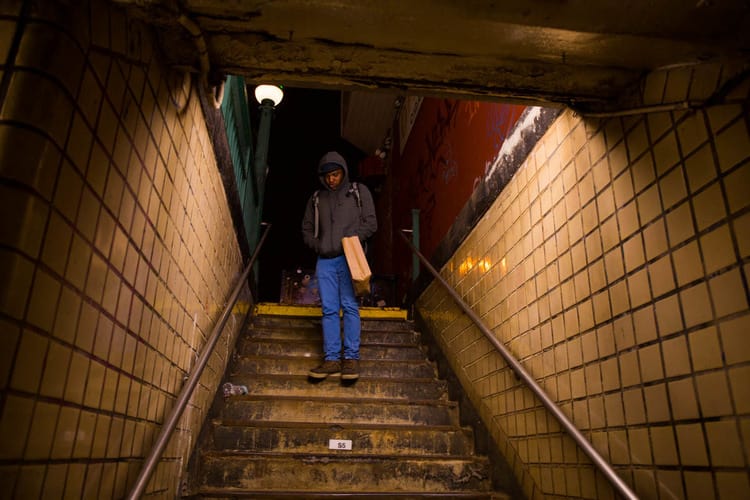 “I have depression and anxiety. So many thoughts come into my head and flash backs of what happened in the past.” Though Saheed, 28, a Nigerian asylum seeker, has been living in the US since 2012, he still gets flashbacks of the Lagos area boys, who would lay in wait for him on the street corner to his home. More LGBT Nigerians are seeking asylum in the US since the Nigerian same sex marriage ban passed in January, criminalizing the LGBT population. Coney Island, New York, April, 2014. Credit: Rahima Gambo 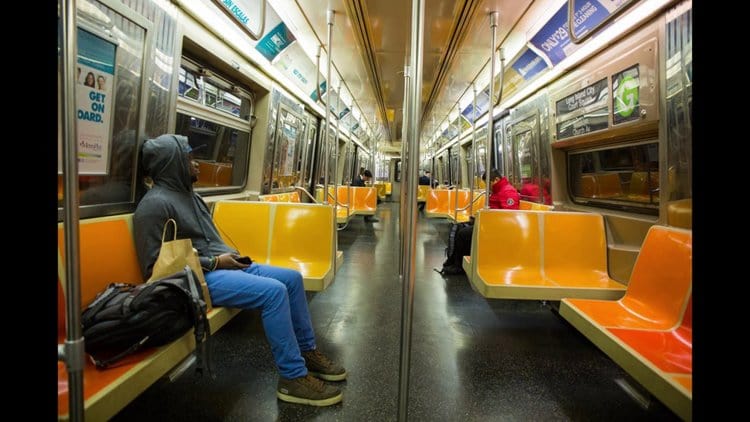 I immediately thought of 29-year-old Saheed (pictured) who had immigrated to the United States from Nigeria in 2012.  He was part of a growing community of Nigerian gay men in their late-20s to early 40s living in New York. Many in the community like Saheed were gay activists and social workers in Nigeria who were now seeking asylum in the United States.

Last summer, Saheed and I had long conversations in his small one bedroom in Brooklyn about his dreams of someday getting married and starting a family. An idea he could never have dared articulate when he was cautiously navigating his sexual identity as a gay man in Lagos, a place where a public outing could quickly turn into a violent encounter.

He spoke of times he had to change his route home to avoid menacing street gangs, called “Area Boys,” who could smell difference from a mile away. It was a daily psychological burden that made it impossible to live a full life and pushed him to leave Lagos and seek refuge in the United States, where he felt he could begin again.

When I met Saheed on a cold winter’s day protesting outside the Nigerian consulate in New York, he had been living in the United States for two years. He was part of a group of protesters staging a rally against the Nigerian same-sex marriage ban that had just been legislated in January.

The law criminalized lesbian, gay, bisexual, and transgender (LGBT) Nigerians and threatened jail time for up to 14 years if caught.

Since the Nigerian gay community was not pushing for marriage equality in the first place, the law itself seemed harmless. However, it was a bitter reminder that there was no protection if you were openly expressing your gender or sexual identity in public. 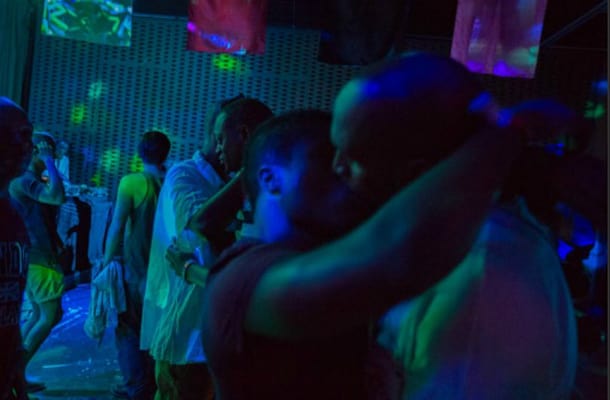 Within Nigeria’s borders, holding hands with your partner, or even attending protests like the one I met Saheed at, was now a crime. Nigeria was the latest in a string of African countries that passed anti-gay laws that escalated already dangerous living conditions for many gay people in Africa, institutionalizing violence and repression on an already fragile community.

In Nigeria, you can’t discuss ideas of gender and sexuality or even mention the words “lesbian,” “gay,” “bisexual,” or “transgender,” without seeing faces contort in disgust. For many Nigerians, LGBT rights fall behind issues of government corruption, the Boko Haram insurgency, poor electrical supply, mass unemployment, and crippling poverty.

A point that was reiterated recently, when Nigeria’s President Muhammadu Buhari articulated his position against expanding LGBT rights in Nigeria at a meeting with President Barack Obama in Washington in July.

Gay rights in Nigeria is often described as a western import during colonial times, with no real roots in the country, though if you scrutinize Nigerian culture enough you will find spaces that have allowed for gender and sexual fluidity.

Like the “Yan Daudu,” a community of men with an ambivalent gender identity in Northern Nigerian Hausa culture. But even in these safe cultural reservoirs, fluid gender expression is increasingly squeezed as the discussion for gay rights is politicized and exported beyond American borders and local opinions take on a defensive stance with more intolerant, crude, and reductive Nigerian LGBT narratives.

Back in 2012 when Saheed left Nigeria, anti-gay legislation was just a bill being discussed in the Nigerian legislature. In an early draft of the bill, the death sentence was an option for offenders. Even then, leaving Nigeria was a very difficult decision for Saheed; it was an aggressive solution to his lack of legal protection in his homeland.

Life was difficult in America. Saheed had to go through the bureaucratic hurdles to get proper documentation and the legal right to work. At one point in his journey, he enrolled in the New York State shelter system to get a roof over his head.

When I met him, he was living a solitary life, working long winter nights as a kitchen porter in a boutique Williamsburg hotel near the East river. It was dark when he arrived home in the early mornings.

“This is the only job I can get. I’m alone here. I have to do everything myself. My dream is to be a nurse, and I am determined that I will be a nurse,” said Saheed.

And to him, the struggle was worth it in a land he could hold hands with his partner without fear of swift mob action. And of course, there was the protections of the law and its enshrined ideals of equality.

Now Saheed’s problem was less about sexual identity and more about navigating the silent complex race and class lines that permeate the business of surviving in America.

It was springtime when we reunited for coffee at the Chelsea market in Manhattan, and there was stability in how he spoke about life in America three years after arriving. He was on his way to becoming a certified nurse and he had a new love. Things were working out.

Since 2012, there has been a steady stream of people from the LGBT community in Nigeria, looking to the West as a safe haven from the oppression they are experiencing at home. The Housing Works Asylum Project, a New York-based non-governmental organization that provides life-saving assistance to LGBT asylum seekers, has reported that the passage of anti-gay laws has primarily caused this migration.

Last year, the project provided services, such as housing, health care, and job training to 24 LGBT asylum seekers from Africa and the Caribbean. Thirteen of them were from Nigeria.

One of the residents at the Housing Works shelter for LGBT asylum seekers was a 29-year-old Nigerian who had just arrived in America and wanted his identity hidden. When we spoke, he was still struggling with his decision to seek asylum. He was a farmer and counsellor in the Nigerian LGBT community before he decided to escape the depression and fear of hiding his identity.

“It is not easy here. It is not rosy at all. Imagine going to a place where you don’t know anybody, no support,” he said. He arrived in America with only two small suitcases, two pairs of shoes, and a change of clothes.

The Marriage Prohibition Act was passed at time in Nigeria when politicians were looking for a popularity boost with a split electorate who would unite behind the passage of an act that aligned with deeply conservative and religious views. Since the law passed, the embattled domestic LGBT movement who were advocating for the bill to be thrown out, have become increasingly silent. But one voice that stands out is Williams Rashidis, an LGBT activist who still lives and works within Nigeria.

“ Since the bill became law, (LGBT) people have been trying to flee the country, but you can’t drive change from the outside, ” said Rashidi who was part of a contingent of gay rights activists who journeyed to the Nigerian parliament to contest the bill in 2013, “there were cameras everywhere, people were like who is this bastard supporting gay rights,” he said detailing the harrowing experience at Nigeria’s national assembly.

Being a visible and vocal LGBT activist in Nigeria has come at a price, Rashidi has been harassed and intimidated, even receiving death threats by e-mail.

“The way I look at it, Nigerians aren’t interested in gay rights, they only use the issue for political gain.” he said.

In recent years, the Nigerian LGBT community has lost its most vocal activists who have sought asylum in more tolerant countries due to fears for their safety.  The most well known is Bisi Alimi, who first rose to notoriety when he was outed on a popular Nigerian TV show. Alimi now lives in England after fleeing Nigeria because of threats to his life.

Another is Michael Ighodaro who lives and works as an activist and social worker in New York. He was a key organizer of the protest rally outside the Nigerian consulate in Manhattan, where I met Saheed.

The steady drain of men and less-documented women from Nigeria’s LGBT community is a loss that is unquantifiable. The deafening silence about a law that was passed criminalising a significant segment of our population and giving law enforcement officials the opportunity to abuse their power is haunting to say the least.

For me, marriage equality becoming a federal law in America brought to the fore Saheed and the fearless life he had traveled so far away from the shores of Africa to create.