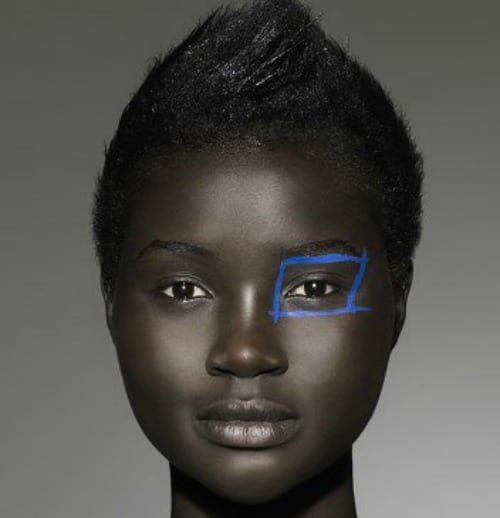 UPDATED 8/19/14, 2:06 P.M.: After Ataui Deng‘s (pictured) friends put out a clarion call about her disappearance on Monday, the Sudanese model has been located in a New York City hospital, according to the U.K. Daily Mail.

The call to find Deng was reportedly intensified, after U.S. pop-singer Rihanna tweeted the following about her disappearance: 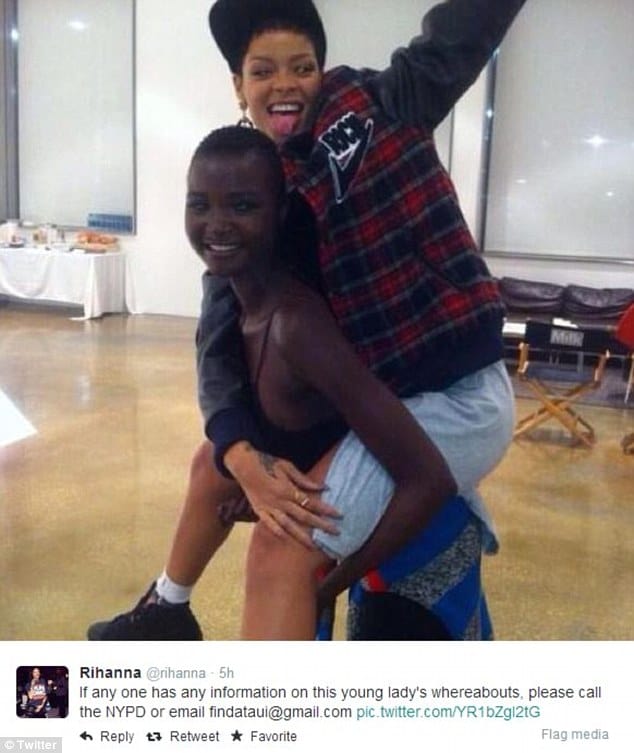 Deng modeled for Rihanna’s 2013 River Island Spring Collection (pictured at right). And while

details about her condition in the hospital have not been released, her modeling agency, New York Trump Management, said that she was actually last seen with her boyfriend, Grant Monohan, on August 8th.

Ajak Deng, who was one of the friends who alerted the public that her friend was missing, told the press about her disappearance at the time, “I feel so guilty. I had been away and hadn’t spoken to her for 2-and-a-half months. Now I find she is missing. Her boyfriend says the last time he saw her she just wanted to get away, but she left her phone and everything in their home.”

Sudanese model Ataui Deng (pictured) has reportedly been missing since August 6th, and now her friends are asking the public for help in finding her, according to the Village Voice. 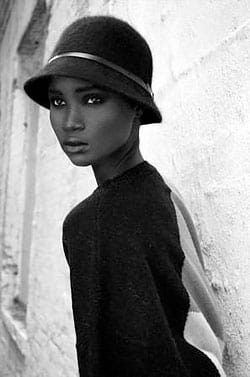 Deng, who lives in Manhattan’s Lower East Side, was last seen on the aforementioned date, when she attended a Major Models party in Hell’s Kitchen.

Since then, Ataui has been a no-show — even on social media: her last update was an Instagram photo she took with “That ’70s Show” star Wilmer Valderrama (pictured below) on August 2nd.

Ataui, who has modeled on the runway for Zac Posen, Proenza Schouler, and L’Wren Scott and appeared in Teen Vogue and Harper’s Bazaar, is described as “six-foot-one-inches tall, 110 pounds with black hair, a dark complexion, and a slim build.”