Under the terms of the 20th Amendment, U.S. President Barack Obama’s second term as president of the most powerful country in the world ends at noon on January 20, 2017. By this time, one of the main challengers to the “throne” (Hillary Clinton or Donald Trump) will be inaugurated as the 45th president of the United States. But the question on the mind of several observers, particularly in Africa, is whether Obama’s presidency as “son of the soil” yielded any fruit for Africans?

It is instructive to note that the whole of Africa was on the edge in 2008, when Obama won the nomination of the Democratic Party. I remember abandoning classes to watch his speeches and campaigns live on DSTV. At the time, his story was a great motivation for a lot of us African youth that whatever you set your mind on, if you continue working consistently at it, you can achieve it.

Not since the times of the legendary Socrates, Cicero, or Abraham Lincoln had the world seen a more charismatic, powerful speaker, and intelligent leader. For me, there’s no one that can be compared with President Obama in local or international politics. And with the fact that he is a Kenyan biologically, I thought, like many others, that Africa will develop dramatically this time round.

But my expectation was dashed.

During his first term in office, Obama’s engagement with Africa was almost zero. To be fair to him, the whole world was undergoing economic depression when he became the president so he concentrated more on strengthening America’s economy and creating jobs. The stimulus package and other policies promoted were pointers to this fact. Although he traveled to some countries in Africa, it was all talk and less action. But during his second term in office, he was able to muster the courage to get some things done. 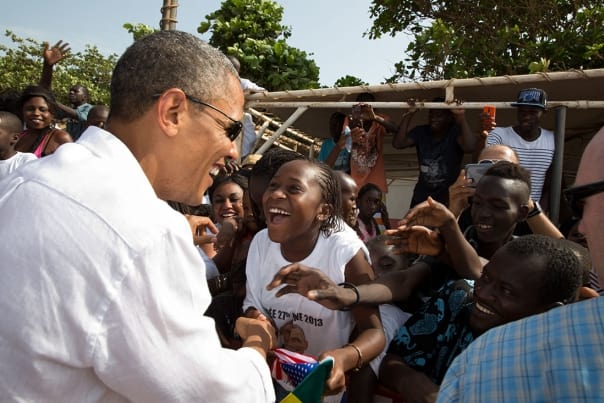 Some of the accomplishments President Obama achieved, according to the White House, included the strengthening of democratic institutions in Cote d’ Ivoire, Kenya, Sudan, and more. The administration also supported regional efforts to help countries affected by terrorist groups; launched the Feed the Future Initiative to address root causes of hunger and poverty; responded to humanitarian crises and disasters; promoted trade and investment; launched the Global Climate Change Initiative; Power Africa Initiative; Global Health Initiative; strengthened the African Growth and Opportunity Act; introduced new U.S. initiatives to boost trade and investment opportunities for the least developed countries in Sub-Saharan Africa, among others.

The achievement I found very unique, distinguished, and noble is the President’s Young African Leaders Initiative (YALI). Started in 2010, the program seeks to provide tools to support leadership development, promote entrepreneurship, and connect young leaders with one another and the United States.

Since the program started, more than 2,000 young Africans have been trained in these areas. I have argued in other platforms that until the youths in Africa are trained and prepared to take over the reins of government in the next generation, Africa’s future looks not only bleak but also unsustainable.

This is because youths all over Africa are more interested in their survival only, so they continue to struggle for life. They are far removed from their country’s governance, welfare, or well-being due to the socio-political and economic conditions in several countries on the continent. Thus, if the youth get into leadership unprepared, then Africa is done for.

Unfortunately, considering the large population of youth throughout Africa, which is the largest in the world, the number of youth trained so far in the program is negligible. 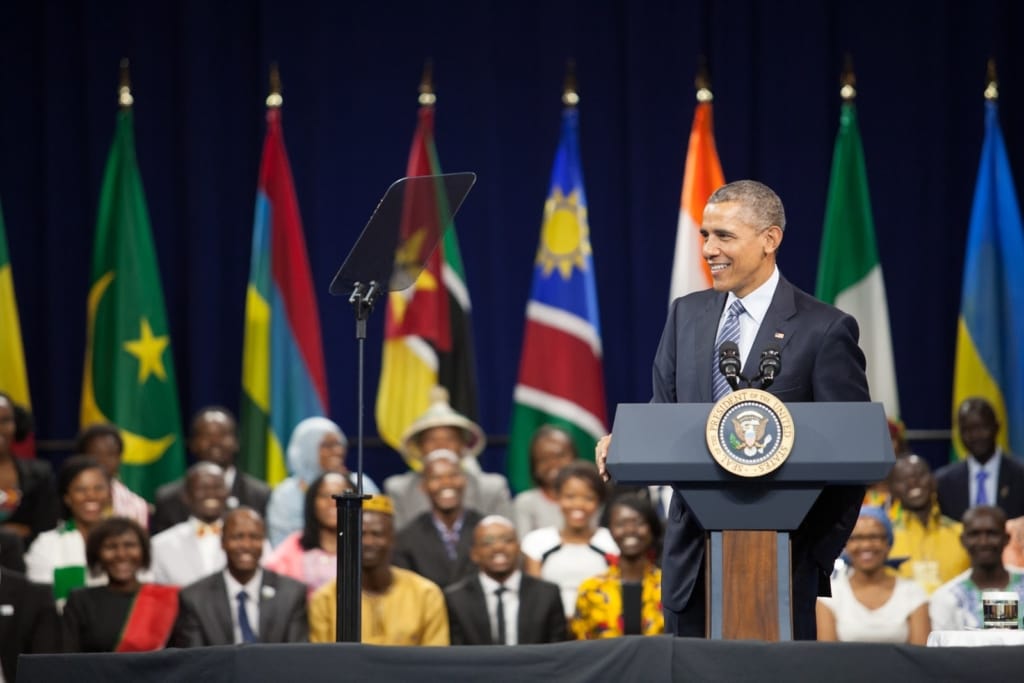 President Obama speaking at a YALI event in 2015.

It has been said that Obama’s African legacy cannot be compared with that of his predecessor or even former President Bill Clinton who remains a popular figure in Africa. Obama’s last trip to Africa (possibly his last) is nothing compared to the warm welcome received by George W. Bush on his final trip to Africa.

George Bush was treated like a hero. Apart from fighting terrorism across the African region, he fought the HIV/AIDS scourge on the continent like no one, reauthorized the African Growth and Opportunity Act as well as designed the Millennium Challenge Corp. to fight poverty on the continent. As argued by Hussein Hassen in his article “Washington’s Engagement with the Continent Continues To Prioritize Security Over Human Rights and Economic Partnership,” Obama’s two main pet projects (Power Africa and YALI) do not measure up to his predecessor’s bold initiatives. During Obama’s tenure, South Sudan, Libya, and the Central African Republic have become failed states.

What is noticeable is that Obama’s popularity in Africa has diminished. Who talks about him these days?

Still, African leaders as well as her citizens need to realize that no power or force in the world can aid them to development until they themselves show their determination to do so.

African leaders are always looking for some foreign aid, a foreign intervention, or a foreign development model, but the sincerity of the most altruistic foreign leader can never spur any country to development until African leaders themselves drive such vision with ruthless determination.

Whatever Barack Obama has done or not done is left for historians to reconstruct. It is unfair to say he does not cherish Africa or his roots because he does. But it is also unfair to say he helped Africa more than any U.S. president in recent history.

I wish him a wonderful retirement from office in advance.