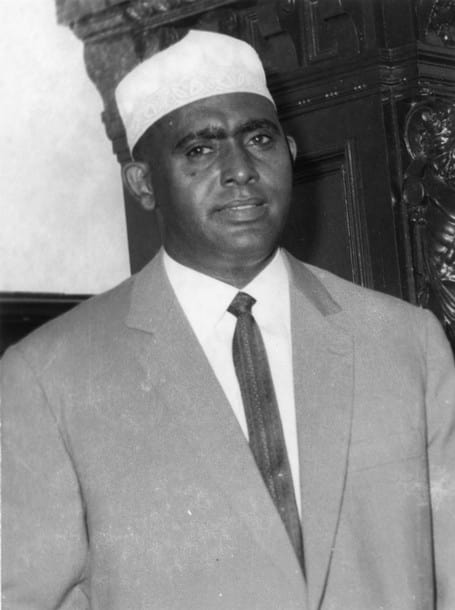 Abdirashid Ali Shermarke was the prime minister of Somalia from 1960 to 1964 and later president of Somalia from 1967 until his assassination in 1969. Shermarke obtained a Ph.D. in Political Science from the Sapienza University of Rome and was elected a representative in the legislature upon his return in 1959. When Somalia became independent in 1960, he was appointed prime minister. He survived previous assassination attempts until he was killed by his personal bodyguard while paying an official visit to the northern town of Las Anod.