Italy’s first Black cabinet minister, Cécile Kyenge, recently won a lawsuit against an Italian member of the European Parliament for making racist comments about her.

On Thursday, a court in Milan found Mario Borghezio guilty of defamation and racial hatred in his comments about Kyenge during a radio interview in 2013. 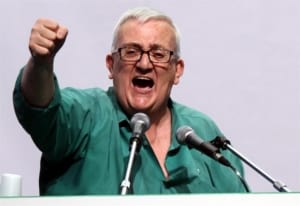 The New York Times reports that Borghezio, who belongs to the far-right anti-immigration Northern League party, was ordered to pay 50,000 euros ($55,670) in damages.

Responding to the court ruling, Kyenge said, “I’m satisfied, even though I don’t see this as a personal victory but as a strong response against racial hatred which poisons society. The sentence marks a line that can’t be crossed.”

In an interview with the BBC, Kyenge added, “At the end of the day, this is a strong message against impunity. Those who believe there is no justice should think twice.

“Through this verdict the younger generations have also learned that a civilized society is based on mutual respect and zero tolerance for discrimination.”

During a 2013 radio interview, Borghezio accused Kyenge of trying to “impose her tribal traditions from the Congo” on Italian society.

He also dismissed her professional contributions to society, saying, “She took away a job from an Italian doctor,” and described her as a “a good housewife but not a government minister.”

For his part, the lawmaker described the sentencing as unfair and akin to political persecution. He also defended his comments as part of his rights to free speech.

A Career Under Siege

Born in the Democratic Republic of Congo, Kyenge moved to Italy in 1983, training as an ophthalmologist and later venturing in to politics in order to advocate for the rights of migrants and minority groups.

Following her appointment as a minister, Kyenge quickly became the target of a sustained racist campaign: she received death threats on social media, had banana’s thrown at her in public, and was compared to an orangutan.

Kyenge said in an interview on Friday that the court ruling had restored her confidence in the judicial system.

She also described the sentence as a lesson to all member states and expressed her appreciation to Italians who stood by her throughout her four-year legal battle, saying it proved that “Italy is not a racist country.”