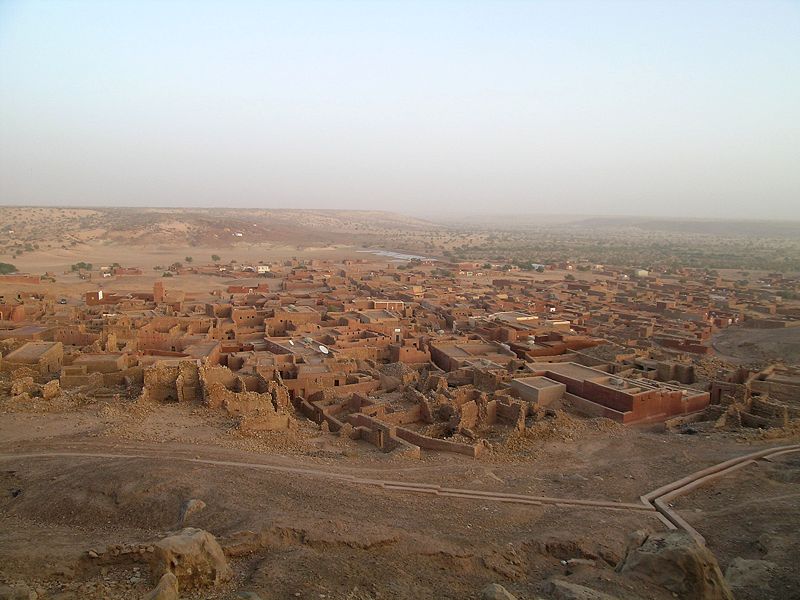 This Mauritanian city was set up around the 17th Century. It started off as a Caravan City, which thrived between the 13th and 14th centuries thanks to the Trans-Atlantic trade.  It was part of the Ghana Empire and later the Mali Empire and was one of the places visited by Moroccan explorer, Ibn Battuta, who said:

My stay at Iwalatan (Oualata) lasted about fifty days; and I was shown honour and entertained by its inhabitants. It is an excessively hot place, and boasts a few small date-palms, in the shade of which they sow watermelons. Its water comes from underground waterbeds at that point, and there is plenty of mutton to be had

Although it was later sidelined by Timbuktu, it is still inhabited in presently even though parts of it is in ruins.