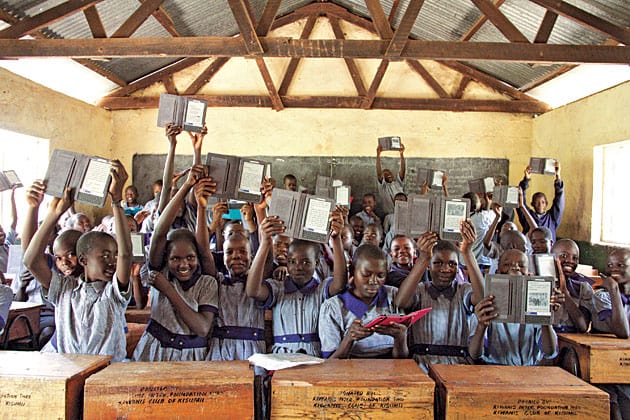 The latest published math and science rankings, which will be officially presented next week in South Korea, ranks 76 countries on their test scores and then purportedly compares them to the world. The report is the largest one of its kind and reveals that three of the five poorest score rankings are in Africa, according to the BBC.

The top performers in math and science, according to the rankings, are the following:

For example, top-performer Singapore, had high levels of illiteracy in the 1960s; however, now just 60 years later, they are ranking at the top of the class after reported key investments in education and their economy appears to be directly benefiting from it.

Meanwhile, the following countries, came in with the lowest scores in math and science:

Other African countries that made the list are Botswana at 70 and Tunisia at 64. Data could not reportedly be found on Africa’s other 47 countries to be included in the rankings.

According to researchers, the United States’ ranking of 28 — behind “successful European countries” and Vietnam — is a clear indication that the nation’s investment in education isn’t what it used to be.

Of the rankings, economic think tank OECD Education Director Andreas Schleicher said, “This is the first time we have a truly global scale of the quality of education.

“The idea is to give more countries, rich and poor, access to comparing themselves against the world’s education leaders, to discover their relative strengths and weaknesses, and to see what the long-term economic gains from improved quality in schooling could be for them,” he said.

Speaking to the admirable positioning of several Asian countries at the top of the list, Schleicher said, “If you go to an Asian classroom you’ll find teachers who expect every student to succeed. There’s a lot of rigour, a lot of focus and coherence.

“These countries are also very good at attracting the most talented teachers in the most challenging classrooms, so that every student has access to excellent teachers.”

In the case of Ghana, which came in last, and other countries that ranked near it, according to researchers, — just as with Singapore — these countries can change both their education results and economic realities by investing aggressively in education.

Improving education would produce “long-term economic gains that are going to be phenomenal,” says Schleicher.

If Ghana, the lowest ranked country, achieved basic skills for all its 15-year-olds, the report says that it would expand its current GDP by 38 times, over the lifetime of today’s youngsters.

In fact, according to the report, “Poor education policies and practices leave many countries in what amounts to a permanent state of economic recession.”

Stanford University’s Erick Husche and Munich University’s Ludger Woessmann, who are the writers of this report, added, “[The standard of education is a] “powerful predictor of the wealth that countries will produce in the long run.”