In early March, I had the opportunity to spend an evening with supporters of Ashesi University (pictured), the groundbreaking private university growing near Accra, Ghana. The evening brought together members of Ashesi’s board of trustees, donors, and staff. The diverse group of progressive professionals engaged with Ashesi’s founder and President Patrick Awuah (pictured) on a panel with private sector leaders with keen insight and passion for Africa and the transformative power of quality education.

Awuah founded Ashesi University in 2002, after a lucrative career as an executive at 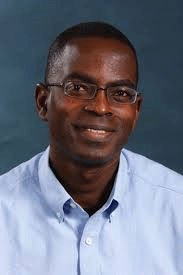 Microsoft in the United States. Awuah decided to return to his native country of Ghana once he noticed the lack of preparedness of college students.

During the event, he shared that prior to establishing Ashesi, he observed Computer Science students in Ghana earning degrees without ever working on real computers. Awuah shared that he observed the lack of critical thinking and resources, saying, “In Africa, most students write code on paper and not with actual computers with real software.”

Ashesi University specializes in providing students with a resource-rich environment and a broad liberal arts education for all students with the hope of establishing a new generation of leaders.

Awuah shares his vision for improved higher education in his 2007 TEDGlobal Talk here:

Now, Ashesi University currently educates close to 600 students from across Africa and is expected to grow to 1.300 students by the end of next year.

The university’s motto is “Scholarship. Leadership. Citizenship.” and students are exposed to a wide range of internship and post-graduation employment, above and beyond the average opportunity afforded to the average African college student.

The University’s latest expansion plan is a state-of-the-art Engineering program with international faculty and the goal of a 50 percent female student STEM engagement in the largely male-dominated sector.