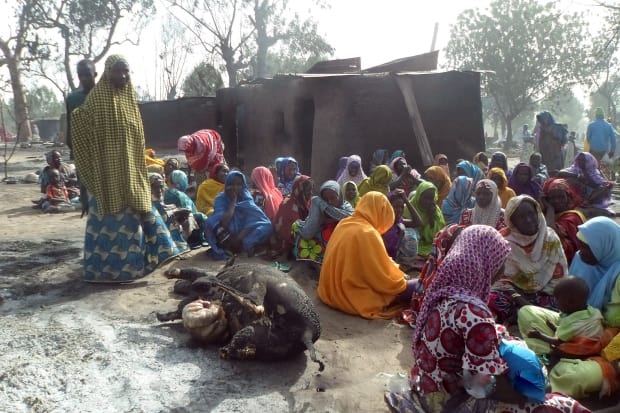 On Saturday, up to 65 people were killed by Islamic militants Boko Haram in Dalori, four kilometers from Borno State capital Maiduguri, reports BBC. 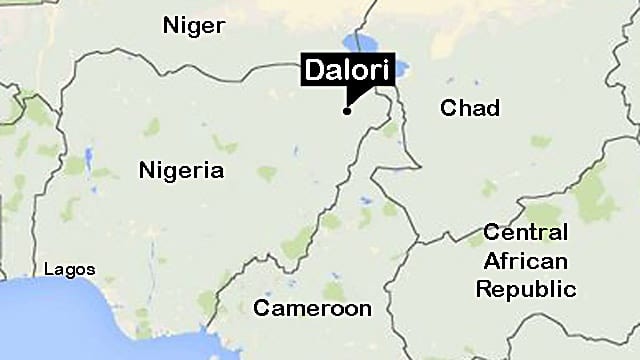 Entering the village on lorries and motorbikes in the evening, the attackers reportedly fire bombed huts, burning civilians and livestock to death.

According to survivor Alamin Bakura, who hid in a tree during the attack and lost several family members, he heard the many screams of children as people burned. 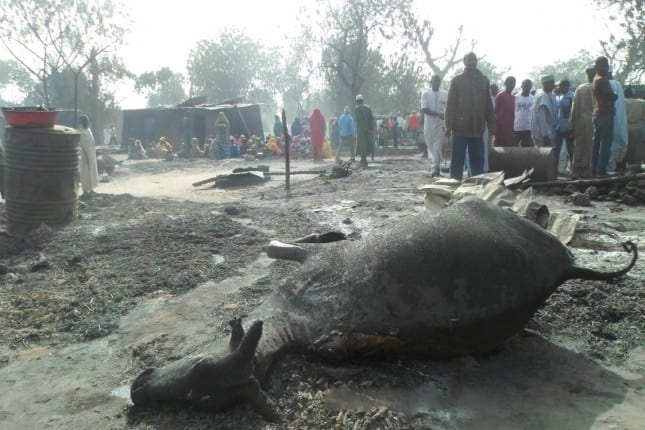 People gather around a dead animal and burnt out houses following an attack by Boko Haram. 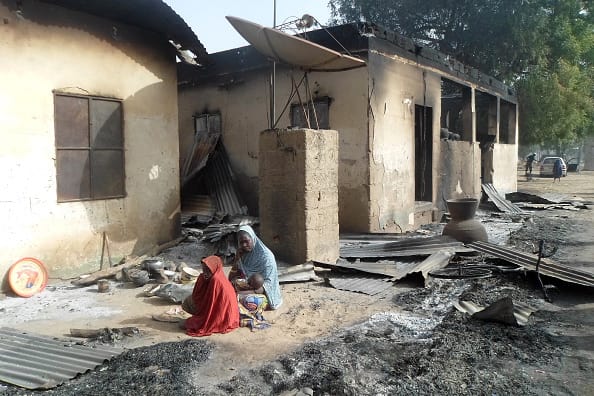 A mother sits mourning the death of her husband after Boko Haram attacks at Dalori village on the outskirts of Maiduguri in northeastern Nigeria on January 31, 2016.  AFP / STRINGER (Photo credit should read STRINGER/AFP/Getty Images)

While villagers say 50 people perished in the attack, a Reuters reporter counted at least 65 bodies in the morgue.

A day later, another three people were killed and dozens were wounded, after two suicide bombers exploded in two locations near Chad’s Lake Chad.