After years of civil war, young South Sudanese artists have resorted to using music, poetry, comedy, theater, fashion, and dance to preach peace and tolerance in the world’s youngest nation.

The group, called “Enter Ana Taban” or “I’m tired,” holds regular open-air performances around the capital of Juba and other towns to demand an end to the ongoing hostilities, reports Reuters.

“I hope for better serviced institutions, better opportunities for youths, a country where I don’t need to be from a specific tribe,” Ayak Chol Deng, a spoken word poet and a co-founder of the group, said.

The 31-year-old epidemiologist is known for her love for her country and thought-provoking words.

Here is an excerpt her Deng’s work:

Heal this spirit that’s broken, piece together pieces of me, my affiliation, or tongue, color, politics, restore what’s human in me, peace, come find me, enrich this fist choking, untaint my disputes, resonating, unhinge my words, elevating, unleash a conciliation, everlasting, peace, come find me. 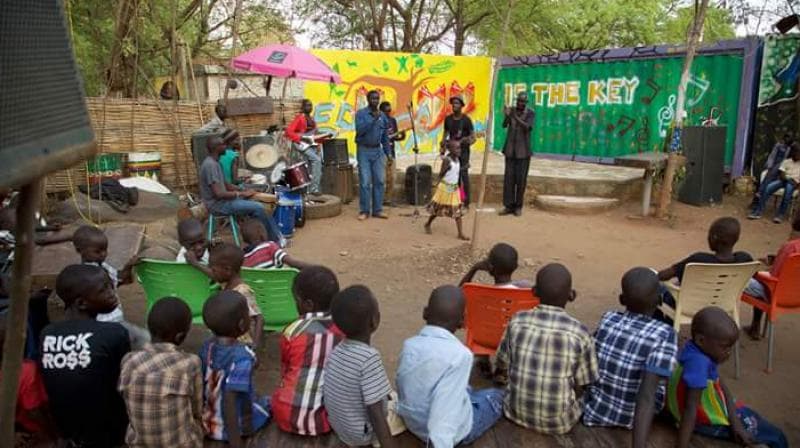 Each performance is aimed at educating fellow citizens on the importance of peace and finding a non-violent solution to the civil strife that has left hundreds of people dead and millions homeless.

According to 30-year-old Meen Mabior Meen, a founding member, Ana Enter Taban is a platform for young people in South Sudan to tackle issues that have the potential to change the country.

The initiative, which started about a year ago, is attracting supporters from neighboring countries, such as Kenya, who contribute through social media.

“We are focused on bringing the country together, bringing people together. We are neutral, we are non-partisan,” said 28-year-old Jacob Bul Bior, a radio presenter and theater actor.

Besides theater performances, songs, and dance, the group has also created bright paintings with messages of peace that are displayed on walls around Juba: 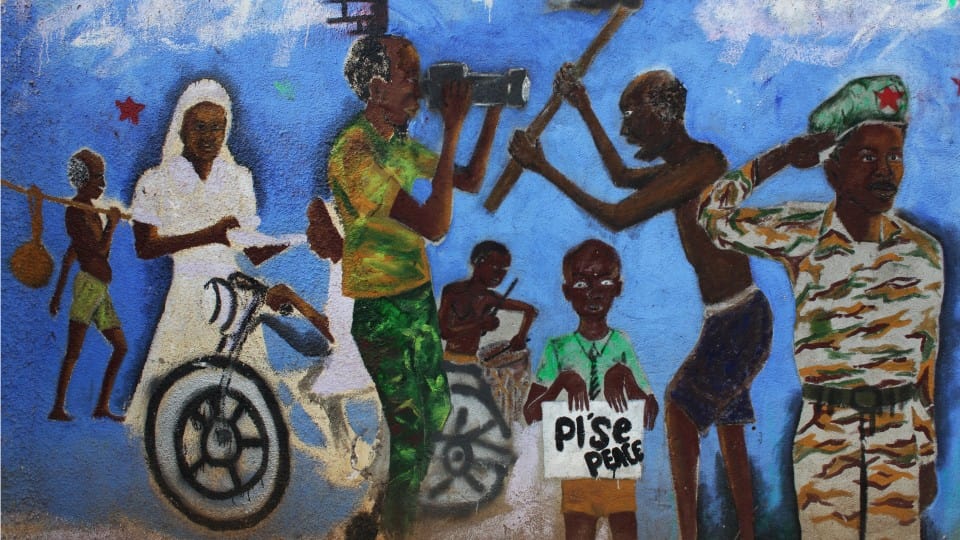 South Sudan, which obtained independence from the former Sudan in 2011, has been in chaos since December 2013, when President Salva Kiir fell out with his then-deputy Riek Machar.

Efforts to reconcile the two leaders, who belong to the country’s two main ethnic groups, Nuer and Dinka, have been futile, with each side blaming the other for the chaos.

Although the war was initially between forces loyal to the two leaders, it has since turned into a full-blown ethnic conflict, with some observers warning of possible genocide.