Ilhan Omar, the first Somali-American lawmaker based in Minneapolis has jumped into the race for a Minnesota congressional seat.

Omar filed on Tuesday to run for the seat held by Rep. Keith Ellison, D-Minn., in Minnesota’s fifth congressional district.

Officially filed to be on the ballot for US Congress to represent #MN05. I look forward to carrying on Congressman Keith Ellison’s legacy. We have hard fights ahead and I look forward to fighting alongside the residents of District 5. pic.twitter.com/gfViWmILHd

Ellison is vacating his seat to run for Minnesota attorney general.

This was after Minnesota’s current attorney general, Lori Swanson, announced her run for governor on Monday.

Omar made history in 2016 when she became the first Somali legislator in the United States.

The public organizer and social activist won a seat as a lawmaker in the Minnesota House of Assembly.

Omar, who is a progressive, currently represents House District 60B, which includes sections of the Cedar-Riverside neighbourhood, southeast Minneapolis, and near the University of Minnesota.

She has now withdrawn her House District 60B candidacy in order to run for Ellison’s seat.

“I am excited to be a voice for the voiceless at the capital and make sure that I am bringing the fierce fight that I brought here from my first day,” she said while announcing her candidacy.

“We have a lot at stake this year and we’re going to need somebody who is ready on day one to mobilize and make sure that the voices of our congressional district are heard.” 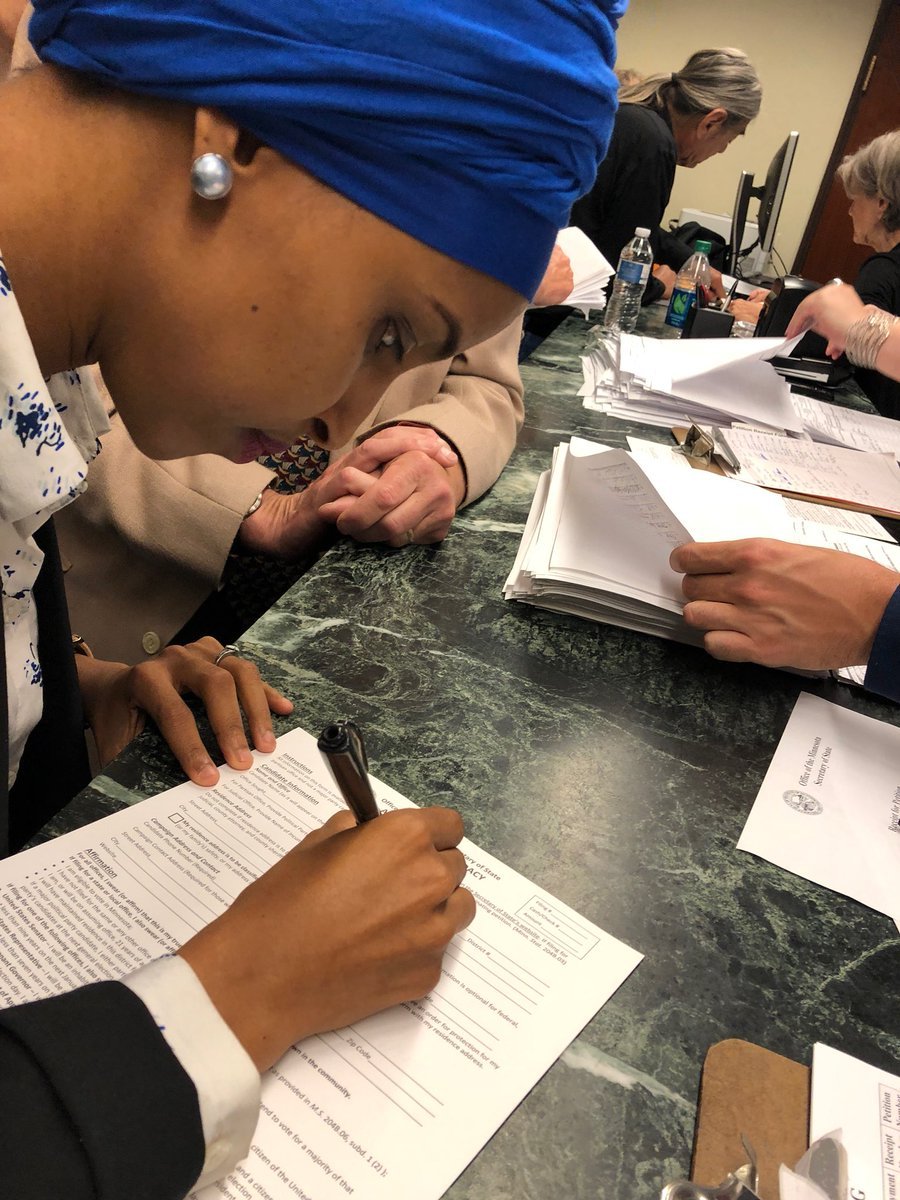 Omar is a former refugee and community activist. The 36-year-old attended middle school in Arlington, Virginia, before going on to obtain a degree in political science and international studies from North Dakota State University.

The wife and mother of three has called Minneapolis home since 1997. Minnesota is also home to the United States’ largest Somali immigrant population

Her political aspirations signal the first instance a Muslim woman attempts to obtain a state seat in the midst of religious and racial tensions.