Zambian girl, Winnie Lufunja was presumed dead and buried two years ago after an illness.

She has now resurfaced in her family home in Ndola, Zambia to the shock of her parents and people in the community.

The 19-year-old who reappeared on Sunday said she was held captive spiritually and subjected to hard work in some unknown business premises, according to local media Daily Nation.

The startling news caused a commotion at her family house and the entire community, especially when authorities ordered that the remains of Lufunja be exhumed to determine whether she was indeed the one. 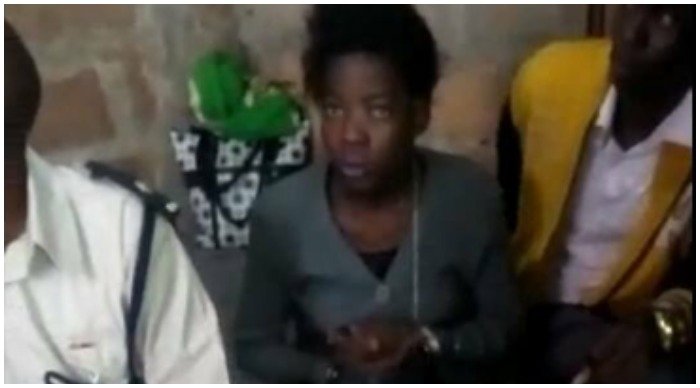 After exhuming the burial site of Winnie at a local cemetery, bones and hair were found as human remains.

A pathologist has since extracted skin and hair samples to ascertain if the body inside the coffin was indeed Winnie’s.

As her parents await the results of the DNA tests at a local police station, another couple has also emerged claiming to be the biological parents of Winnie, local media Zambia Daily Mail reports.

More drama unfolds as people are beginning to wonder what the test results would be and what would become of the new couple claiming ownership of Lufunja.

Below is a video of Winnie when she returned home: