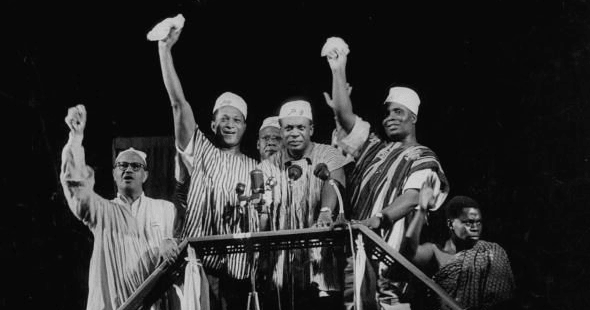 Like many great nations on the continent of Africa, the Republic of Ghana was marred by the influx of European colonization. On this day in 1957, Ghana would become the first African nation to declare itself free from the clutches of the colonizers.

SEE ALSO: John King Sentenced To Death For James Byrd Lynching On This Day in 1999

Prior to European contact, Ghana, which means “Warrior King” from the nation’s ancient empire, established one of the largest and most-powerful kingdoms by way of the Ashanti Empire. The Akan Ashanti, or Asante, people established advanced modes of commerce and currency in the earlier centuries before trading with European nations in the 15th Century.

Portugal, Sweden, and Denmark traded gold and other items in the region and established territories along the West Coast of Africa. Germany also placed themselves in the open-air land grab, while Britain deployed troops and occupied much of Ghana by force.

The Ashanti warriors defeated the British and the United Kingdom for several years but lost the War of The Golden Stool in the 1900s.

The British came to name the area that rested in the Gulf of Guinea the Gold Coast, but in 1947, the “Big Six,” which were the leaders of the newly formed United Gold Coast Convention (UGCC), called for self-governance and independence from the colonial government.

In January 1948, a boycott of European goods was organized. The boycott was aimed at getting foreign traders the Association of West African Merchants (AWAM) to lower prices of imported items. Riots took place the following month and were supposed to end on the last day of the month.

On February 20, 1948, Dr. Nkrumah and Dr. J. B. Danquah met with World War II veterans who were asking for their delayed end-of-service benefits. The meeting occurred in the city of Accra, and the veterans were there asking for payment for their return home after fighting for the Gold Coast Regiment of the Royal West African Frontier Force.

Nkrumah and Danquah openly supported the soldiers and joined them in protest.

On February 28th, the Christiansborg Cross-Roads Shooting took place: Several of the World War II veterans marched to the Christiansborg Castle, which housed the colonial government. Their presence at the castle was intended to be peaceful as they wanted to submit a petition, regarding their lack of payment and poor treatment after the War.

A British police officer demanded that the men leave but they would not. The officer ordered his force to open fire on the unarmed men. When they refused his orders, the officer fired his weapon, killing three soldiers. The news of the shooting sparked looting and rioting in Accra.

That same day, the UGCC leaders sent a letter to the Secretary of State in London demanding a new government structure.

Essentially, the UGCC warned that if a new government wasn’t put in to place, then the violent acts that erupted across Ghana would continue.

The UGCC’s Big Six were arrested that night for allegedly inciting the riots. The arrests of the UGCC made them heroes to the majority and they gained the nation’s support from its mostly African population. 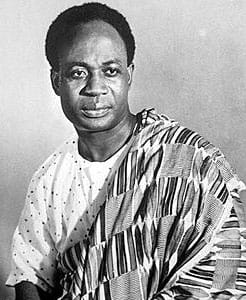 Nkrumah emerged as the voice of the youth, and after his release from prison, he traveled about Ghana using the travel method of hitchhiking.

Nkrumah built a following among the people by preaching a need for independence and included women in this effort, which was unheard of at the time.

Along with these supporters and the trade unions, Nkrumah formed the Convention’s People’s Party (CPP) in 1949.

The British Government began to take heed of Nkrumah’s CPP wishes of self-governance and began talks of a new constitution that would allow only middle-class Ghanaians the ability to vote.

Nkrumah balked at this and organized several political actions, such as civil disobedience and boycotts, which led to his arrest.

The British began to feel the pressure from the global community, regarding their occupation of the region and left the Gold Coast.

In 1951, the first general election was held with Nkrumah’s CPP winning by a landslide. Even though he was jailed, the CPP won a vast majority of the legislative seats.

Nkrumah was elected to Prime Minister in 1952 and was effectively the nation’s leader at this point. 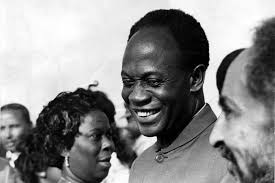 And while Nkrumah’s task was not easy, he was able to learn the art of governing a nation, galvanizing all four territories of the Gold Coast, and winning independence from the British.

On March 6 ,1960, Ghana was declared a republic and an election placed Nkrumah in the top post again over his former ally Danquah.

Nkrumah was overthrown in by a military coup in 1966. The coup leaders accused the CPP of being corrupt and abusive to outside party members.