Golden Lead, a Chinese-owned factory operating in the Gambia, has been accused of discharging toxic waste in to a water body of the small West African country.

Environmentalists and residents in Gunjur, a small coastal town about 50km from the capital of Banjul, say hundreds of dead fish have been washing up on the lagoon since Golden Lead set up a fish meal factory in the town in 2016, according to the BBC.

Golden Lead denies the accusations, but in June it was forced to reach an out-of-court settlement with the Gambia’s National Environment Agency over a similar accusation.

Residents of Gunjur say the activities of Golden Lead have given the local stream a reddish color and people swimming in it have suffered health problems.

In May, Africa News reported that members of the community and environmentalists held a demonstration, calling on the government to relocate the company as well as stop the building of a similar company in the nearby village of Kartong. 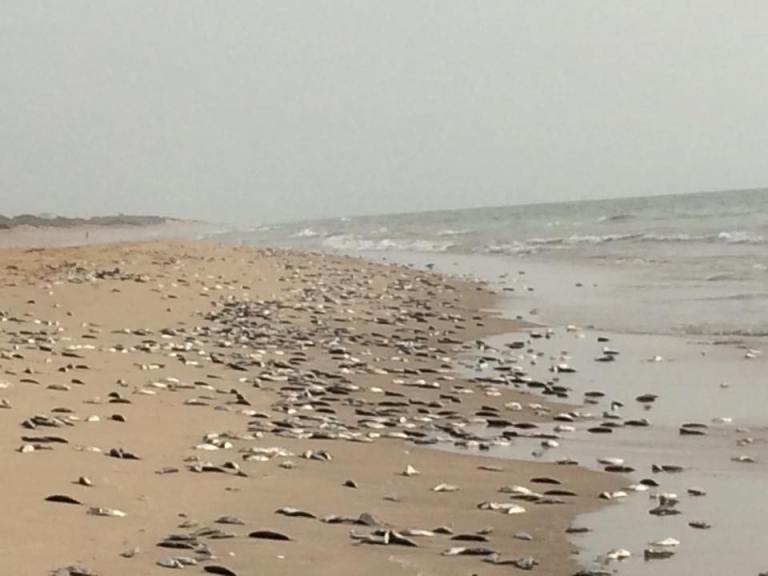 Green Wall Warriors, the Netherland-based wildlife conservation group which operates in Gunjur, says on its website:

Complete devastation of a very important area is a fact now. This is not the first time. It happened earlier this month on the beaches of Kartong, Gunjur, and even up to Kololi. The beach is covered in thousands of washed up dead fish every day.

It smells like hell, no tourist want to be here anymore. Some people are even crying when they see the devastation of our coastline.”

However, in an interview with a local newspaper, Gambian Minister of Fisheries James Gomez blamed local fishermen for the situation since they allegedly dump their catch of immature fish in to the water.

“What we found out was that some fishermen were using wrong fishing gears to capture juvenile fish from the coastal waters. They decided to dump the fish in the coastal communities of Gunjur and Kartong.”

The minister maintained that the necessary environmental studies were carried out before the government issued the company with an operating license.

Still, members of the community have launched an online petition that has collected nearly 1,800 signatories calling on President Adama Barrow to intervene and stop the activities of Golden Lead from ruining the Gambia’s pristine coastline.