When Ngolo Diarra’s parents failed to pay the taxes owed to the king, only one solution was available. Diarra was given to the King of the Bambara Kingdom of Segou (in present-day Mali), Mamari ‘Biton’ Coulibaly, as payment. He was considered a captive but was taken in by one of the King’s wives.

He grew up to be a member of King Biton’s army known as tondjon (servant of the king), which was made up of volunteers, prisoners of war and other members of the community who are unable to pay the king’s taxes. 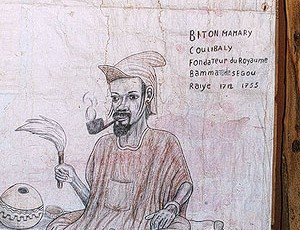 Under Biton’s rule, the Kingdom of Bambara extended to banks of the Niger, between Bamako and Timbuktu. Upon his death in 1755, his son Dinkoro Coulibaly takes over.  It is reported that Dinkoro was a tyrannical king and was thus deposed by the tondjon in 1757.  His brother Ali Coulibaly succeeds him and tries to convert the people of Segou to Islam as well as ban traditions such as animism and drinking the dolo, a traditional beer.

For this, he is murdered and Bambara is plunged into anarchy, with coups and counter-coups, mostly conducted by the tondjons.

It was durig this anarchy that Diarra rose and established himself as the leader of the tondjons and as king. He controls the army and reorganises the kingdom’s structure.

To avoid any issues within his family, he granted his sons different cities to rule over and made his adopted son, Bambougou N’tji, the commander of the army.

During his reign, he made Sikoro his capital. Diarra is known as the first Ngolosi king and the man who was able to defeat famous cities such as Macina and Timbuktu, which he took from the Arma, the descendants of the Moroccans, and placed under the Bambara. 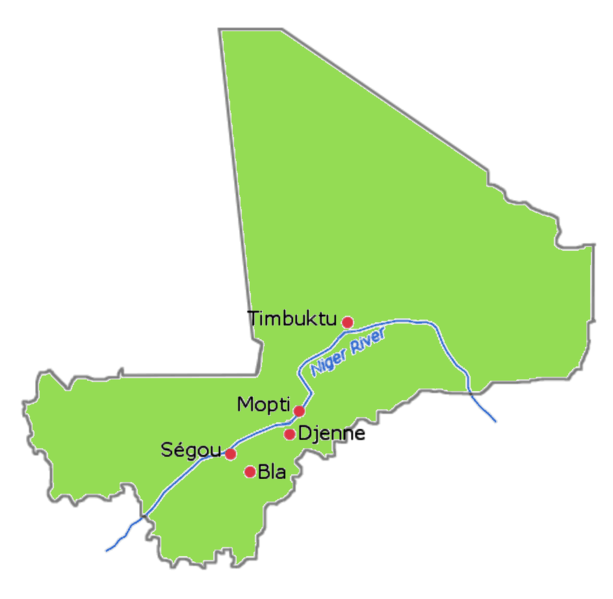 He is also known to have extended his kingdom all the way to Dogon county and to Segue.  He tried to prove his mettle again in his old age by leading a campaign against the Yetenga but failed.

He died in 1790 after 24 years on the throne, making him one of the longest-reigning Bambara kings. It is said that he died after a campaign against the Mossi but other accounts claim that he was poisoned, even though no concrete evidence of this claim has been provided. 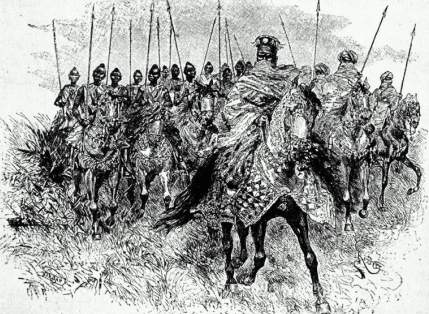 Immediately after his death, chaos erupted again as his sons tried to determine who among them was the rightful heir until Monzon becomes king.  His family reigned until the fall of the Bambara kingdom at the hands of El Hadj Umar Tall, the emperor of the Toucouleur Empire.

As the first Ngolosi king, Diarra was seen as a great ruler who made the Bambara kingdom prosperous. According to historian, Basil Davidson:

The view of this extensive city, the numerous canoes on the river, the crowded population, and the cultivated state of the surrounding countryside, formed altogether a prospect of civilization and magnificence that I little expected to find in the bosom of Africa.

However, despite his prominence, the Massasi of the Kaarta kingdom looked down on his family because of his past as a slave and captive.  The Kaarta Kingdom was created by a faction of the Bambara who were not happy with Biton’s rule and thus the natives were aware of the great king’s history.

Recent research has indicated that Diarra was the originator of the N’ko language, believed to have been invented in 1949 by Solomana Kante, a Guinean writer.  This is based on the anecdote by a French officer Colonel Malenfant, who talked of a former slave in Santo Domingo (present-day Haiti) who wrote down a mysterious script, which historians believed to be N’ko.

In his anecdote, Malenfant says:

“I received a letter from a young man, named Edon (…) As I read his letter, I surprised the black commissionaire who cast his eyes on the writing, a small ice-cream betrays his curiosity.After reading my letter I said to him: “Can you read?” “No, sir,” he replied, “why did you look at what I was reading?” “I beg your pardon, I can not read French.” But, after all, do you know how to read? “” Yes, sir, and write the language of my country, and that of a kind of mulatto with long hair. “” Write me something. “He takes a pen, and begins to to write from right to left, his characters were very well painted, and he wrote quickly: “What have you put in this writing I do not know that language, I think it is Arabic; Is that the way you name it? “” No, “he answered. I made him write the name of his tongue, I kept it for a long time, but I forgot it and the spelling The first letter was, as far as I can remind me, a kind of g, and the last an o – “Well, what did you write?” “It’s a prayer.” There were more than twenty lines. 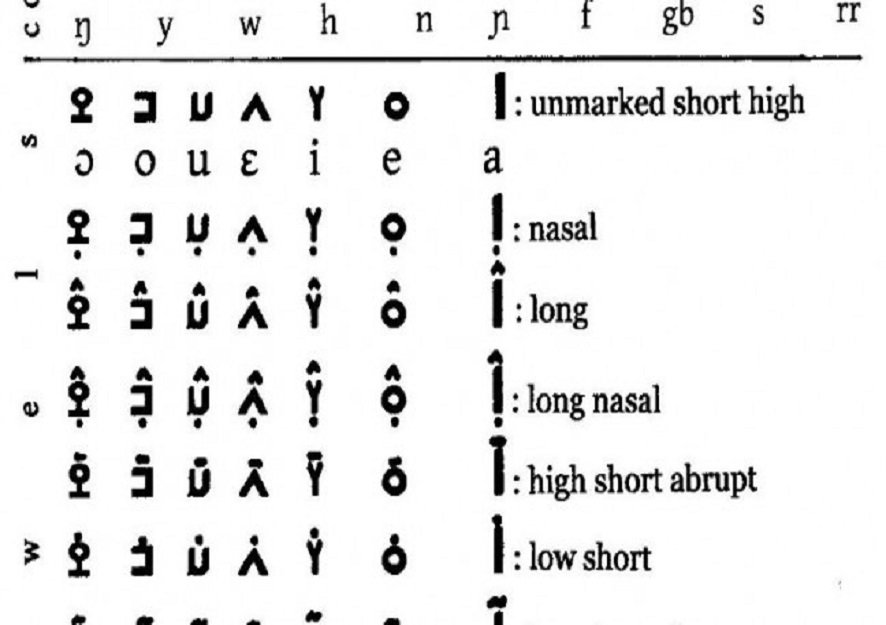 The former slave in question was Tamerlane, a traditional priest from Bambara who was the teacher of Diarra’s adopted son Bambougou N’tji.  When N’tji was killed Tamerlane was captured and sold to slavery. He apparently revealed they Diarra studied in Timbuktu and created the script.

It has not yet been proven that Diarra was, if at all, indeed the inventor of the N’ko script.