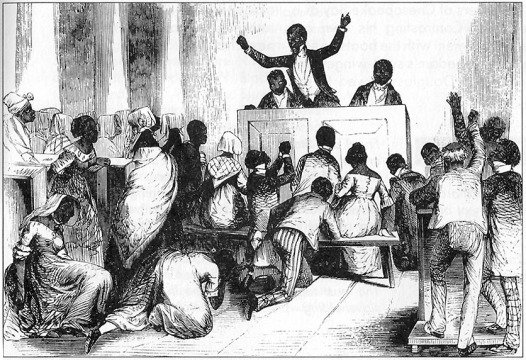 In the Carribean and parts of Europe, a  few slaves were lucky enough to keep their names; however, enslavers made their names as English as possible for the sake of being able to pronounce and write them. Slaves were however not allowed to use these names to prevent them from having a sense of pride. These names were often used in secret or among slave families but never when their masters were around. Examples include Quashie, Kwami, Quofi, Mustapha, Cuffee, Timi. When slaves started to gain their freedom, Slaves began to use their original names dropping all other names that were given to them.