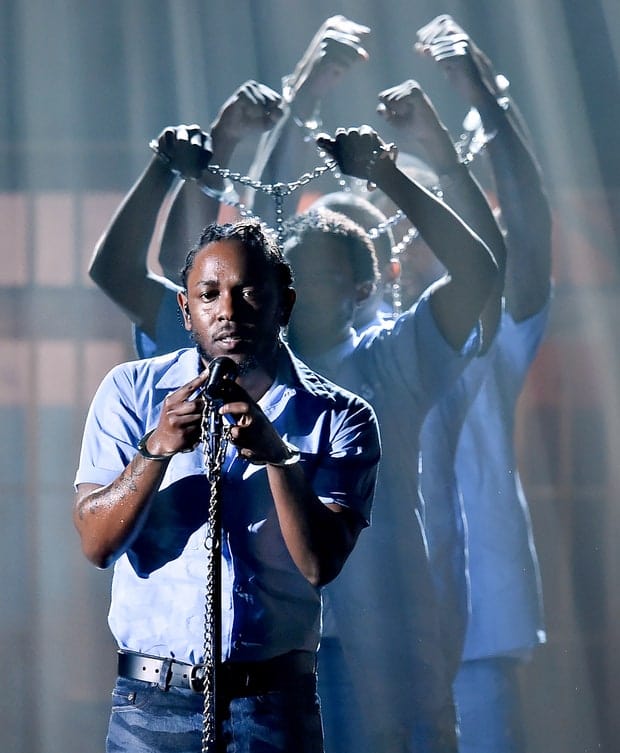 On Monday, both conscious hip-hop artist Kendrick Lamar (pictured) and Benin singer Angelique Kidjo came out on top at the 2016 58th Grammy’s.

After winning his fifth Grammy in one night, West Coast rapper Lamar would win in the “Best Rap Album” category for album “To Pimp a Butterfly.”

What was the most memorable performance of the night, though, — hands down — was Lamar’s mash up of hit songs “Alright” and “The Blacker the Berry,” where he began his set in chains.

A chain gang served as his backdrop (pictured) as he rhymed about recent painful times for Black America, including slain teen Trayvon Martin’s murder. Consequently, Lamar rapped, “On February 26th, I lost my life too.” 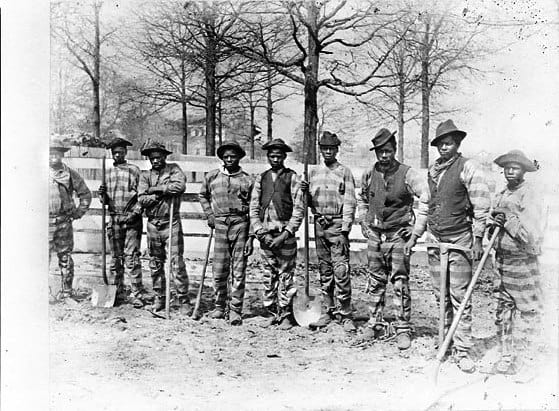 A chain gang in southern United States circa 1903

Historically, chain gangs (pictured) were primarily used after the Civil War era in the United States. At the time, predominately Black inmates in the South were chained together and forced to work on public works for free.

Not long after this powerful display, Lamar had a number of African dancers join him onstage, showing the unbreakable link between Africans and African Americans as the previously chained men danced alongside the dancers.

The thought-provoking act ended with Lamar standing before the continent of Africa, with his hometown city of Compton written on the continent. 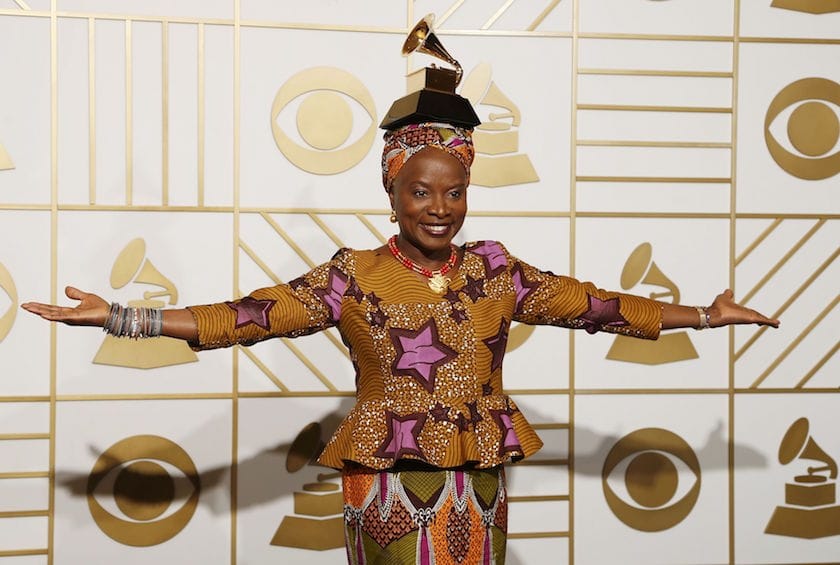 After receiving her award, Kidjo said, “I want to dedicate this Grammy to all the traditional musicians in Africa, in my country, to all the young generation.

This is Kidjo’s second consecutive win for this category.