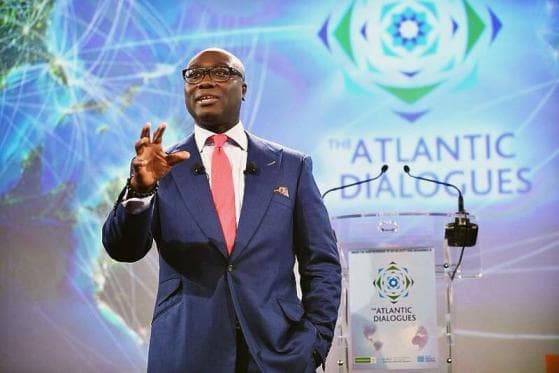 [Editor's Note: This article was originally published on http://myjoyonline.com]

The presenter of the Focus on Africa programme on BBC died, Saturday morning in London after a short illness Myjoyonline.com has learnt.

His wife is a neighbour to Dumor in London and was present when the doctors pronounced the BBC presenter dead. Mensah would not give any further details on the circumstances surrounding the death except to add that Esther Cobbah, head of Stratcomm Africa, and a friend to the Dumor family has been  appointed to speak on the family's behalf.

Komla Dumor was on set Friday evening when he hosted the BBC Focus of Africa programme. It was to be his last. He was only last week nominated to be the face of the BBC for the World Cup in Brazil this summer.

The ace Ghanaian journalist, 2003 winner of the  GJA Journalist of the year, hosted the Joy FM Super Morning Show for ten years before proceeding to the BBC in 2006 where he hosted a number of programmes including the BBC World News, Focus on Africa, Network Africa.

He was the only West African news reader on the BBC World news until his death.

Dumor achieved his feat in journalism without a journalism background.

He studied medicine but he changed course and graduated from the University of Ghana with a BSc in Sociology and Psychology and from Harvard University with an MA in Public Administration.

His unique voice, passion, and an incredible attention to detail catapulted him to higher heights in journalism. He had interviewed some of the greatest world leaders, including former US president Bill Clinton, former UN Secretary General Kofi Annan.

He was married to Kwansema Dumor, with whom he had three children. He was 41.