American-based Kenyan actress and Oscar winning actress Lupita Nyong’o has blasted U.K.-based magazine Grazia for editing out and smoothening her hair in a cover photo.

The seemingly angry Hollywood actress slammed the fashion and lifestyle magazine in a tweet on Friday, accusing it of editing her photo to suit an Eurocentric understanding of beauty.

Disappointed that @GraziaUK edited out & smoothed my hair to fit a more Eurocentric notion of what beautiful hair looks like. #dtmh pic.twitter.com/10UUScS7Xo

The celebrated actress finished the tweet with a hashtag #dtmh, which stands for “Don’t Touch My Hair”, a title of a song by Solange, who was also recently embroiled in a similar row with another U.K-based magazine Evening Standard. 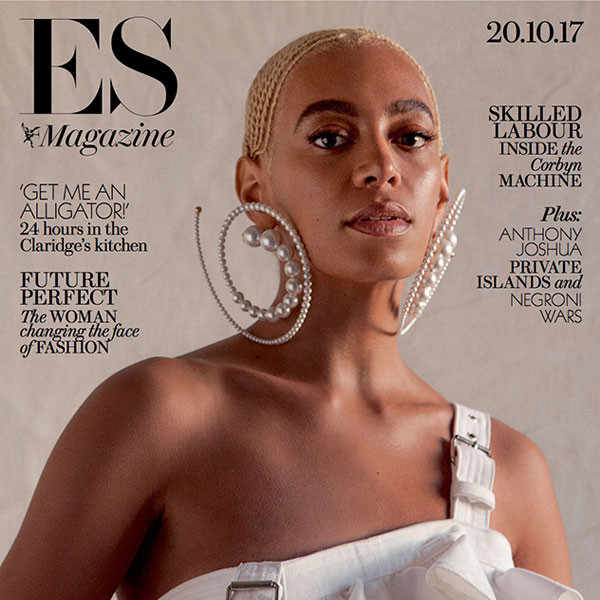 The American singer and songwriter criticized the British magazine for editing her braided crown out of her hairdo on the magazine’s latest cover. The Evening Standard has since expressed its regrets for the mistake.

On the case of Lupita, Grazia issued an apology to her in a statement posted on Twitter, saying that it is committed to representing diversity throughout it pages. The magazine however insisted that it did not do the photo alterations itself.

“We apologize unreservedly for not upholding the highest of editorial standards in ensuring that we were aware of all alterations that had been made,” Grazia wrote.

Lupita also went on to express her disappointment on her Instagram page, insisting that she had not been consulted on the decision to edit her photo.

“Had I been consulted, I would have explained that I cannot support or condone the omission of what is my native heritage with the intention that they appreciate that there is still a very long way to go to combat the unconscious prejudice against black women’s complexion, hair style and texture,” she wrote.

She however appreciated the magazine’s decision to put her on its cover page as an opportunity for her to show other black “kinky-haired people that they are beautiful just the way they are”.

But some people are not convinced that Grazia did anything wrong to edit Lupita’s photo.

Models complaining about being photoshopped. Give me a break. That goes with the job, dear. https://t.co/1ML5D1rpmY #Grazia @graziauk

Lupita’s social media outburst comes a few weeks after she accused a Hollywood tycoon, Harvey Weinstein, of sexually harassing her when she was still in college.