Moroccan-American Rapper French Montana was in Uganda last month to shoot the visuals for his latest single titled “Unforgettable.”

According to Matooke Republic, the US-based artiste flew into Kampala, Uganda on Sunday, March 12 to shoot the documentary-like video about Africa, his motherland. Montana is also expected to visit a number of other African countries in the course of making the video.

The track “Unforgettable” features the American duo of Swae Lee, one half of the two brothers who make up the group Rae Sremmurd, which is undoubtedly one of hip hop’s current rave of the moment. Not to be left out, the brothers also flew into Uganda to be a part of the video shot.

Billboard magazine describes “Unforgettable” as a melodic, intoxicating number appropriate for a man trying to seduce a woman on the dance floor.

Montana is however of the opinion that the main attraction for the unforgettable video is a group of talented Ugandan youngsters who show off their dance moves in the video. He told Billboard that he found them while surfing the web for content from Africa, fell in love with their dance moves and determined to have them in his video.

“I listen to a lot of African music. I was on the computer going through it, and I ran across these kids. I was a fan and I felt like I saw me in them, ’cause I grew up in Africa when I was their age. I was doing the same thing they were doing.”

“In my head, I was playing Unforgettable. They were just dancing and I fell in love with it and said, “I gotta find these kids.” It was something new, it was a breath of fresh air,” Montana said. 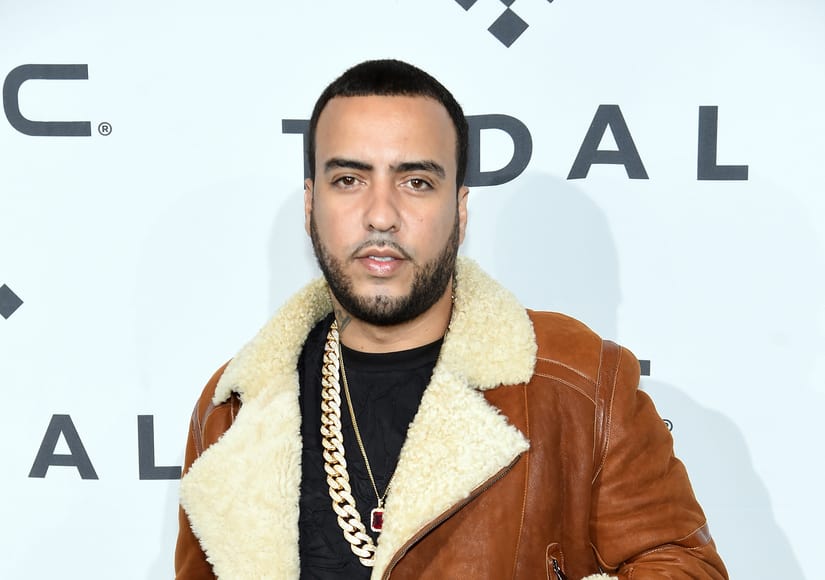 Montana believes that the main attraction for the soon to be released unforgettable video are a group of talented Ugandan youngsters who show off their dance moves.
Photo Credit: BlameEbro

Montana, whose real name is Karim Kharbouch, emigrated to the United States from Morocco with the rest of his family at the age of 13. The young Montana could only communicate in Arabic and French which led to the nickname “French”.

On why he titled the track unforgettable, the artiste who is known for hits like “Hold Up” and “All The Way Up” said that it was inspired by a wedding photo of his parents, taken in the year he was born and which happens to be his favourite picture of all time.

“The picture of my mother and father at their wedding in Africa is my favorite picture,” he wrote in a recent Instagram post.

“It’s unforgettable for so many reasons since it was the same year I was born and the same year my father was incarcerated for unfortunate circumstances. He named me from jail,” he said.

While the exact details of the artiste’s itinerary during his stay in Uganda remain scanty, reports say he may have collaborated with a number of local artistes including Eddy Kenzo and Timothy Code, both of whom he hung out with on a number of occasions.