Enninful’s appointment was announced Monday by Jonathan Newhouse, the chief executive of Conde Nast International publishers of British Vogue. Enninful, who worked previously for American Vogue and Italian Vogue, was described by Newhouse as an “influential figure in the communities of fashion, Hollywood, and music” and who “by virtue of his talent and experience” was “supremely prepared to assume the responsibility of British Vogue.”

Enninful, 45, was born in Ghana, where he spent some of his childhood years. He later moved to London along with his parents and five siblings. At 16, his modeling career was launched after a fortuitous encounter with fashion scout Simon Foxton on a train ride.

Enninful’s career as a model was brief, and by age 17, he began working as an assistant to the fashion directors of the newly founded i-D magazine. He managed to combine this role with his studies at the Goldsmith University, and two years later as a 19-year-old, he was promoted to the position of fashion director, making him the youngest director for an international fashion magazine.

At i-D magazine, Enninful became known for his edgy style, which he said was inspired by the streets. He also credits his mother, a skilled seamstress who made vividly patterned African clothing for her Ghanaian-British friends, as one of his earliest inspirations. 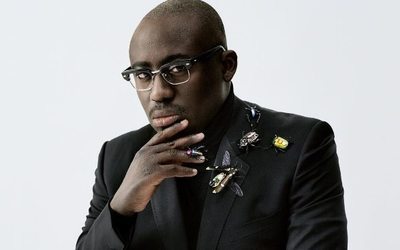 With his recent appointment, Enninful becomes not only the first male editor at British Vogue but also the first Black editor at the magazine.

Enninful has a well-earned reputation as someone who shakes up mainstream fashion magazines and makes them appealing to younger readers.

He has also been a long-time advocate for the much-needed diversity within the fashion industry.

“If you put one model in a show or in an ad campaign, that doesn’t solve the problem.

“We need teachers in universities, we need internships, we need people of different ethnic backgrounds in all parts of the industry. That really is the solution; you have to change it from the inside,” Enninful said at a talk last year about the need for racial diversity in the industry.

Enninful has gone on to collaborate with some of the most recognizable brands in fashion, including Giorgio Armani, Christian Dior, Dolce and Gabbana, Mulberry, Valentino, Calvin Klein, Fendi, Gucci, Hugo Boss, and Missoni. 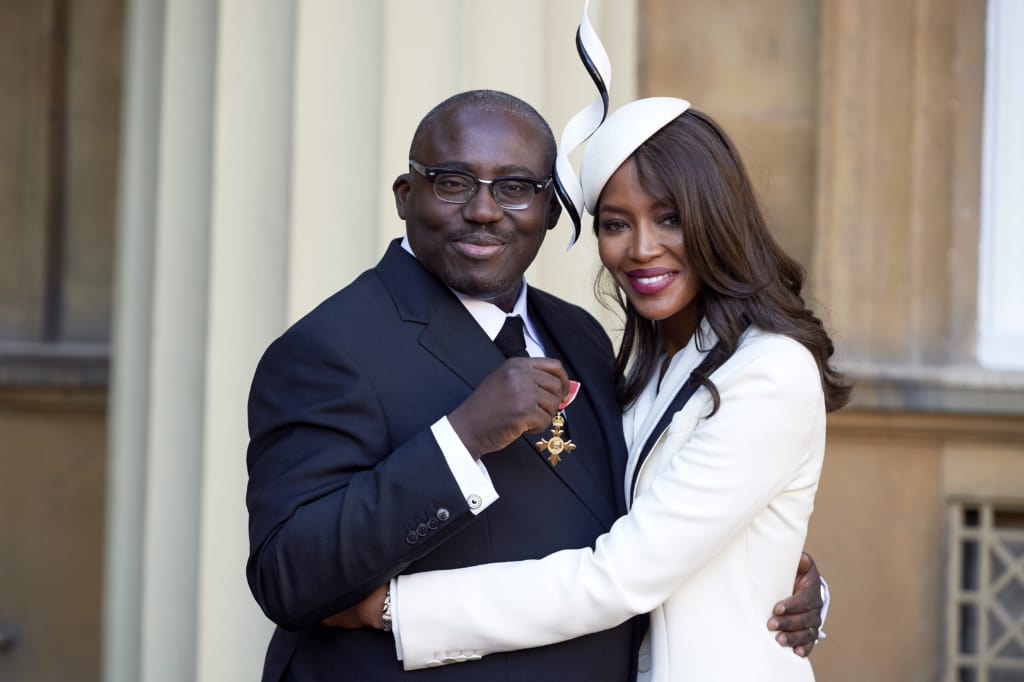 Enninful pictured with super model Naomi Campell after he was honoured with the OBE by the queen of England. Photo credit: WWD

He has also worked and styled some of the biggest names in style, including Rihanna, Bella Hadid, and Madonna. Enninful is also known to be good friends with models Kate Moss and Naomi Campbell.

A recipient of the Order of the British Empire (OBE), Enninful received the honor last year at the Buckingham Palace for his services to diversity in the fashion industry.