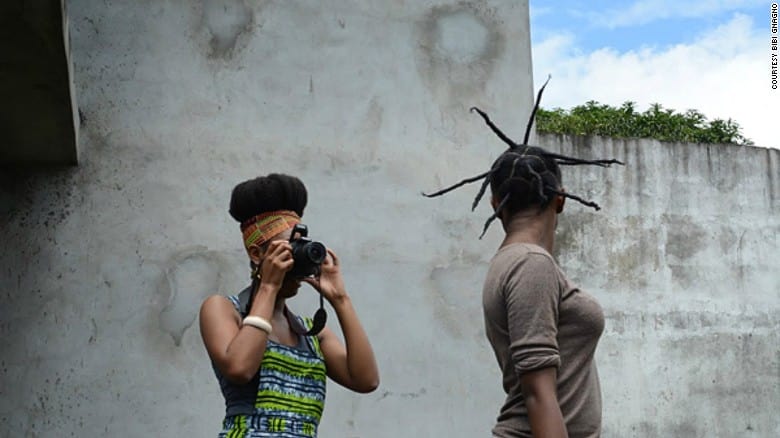 Through the organization Nappys de Babi (“Happy” and “Nappy” of Abidjan), thousands of women and men in Cote D’Ivoire are embracing natural hair, which is often stigmatized and shunned by the larger society, reports CNN.

RELATED: With African Women & Hair, We Prove We Are Still Colonized

Nappys de Babi founder Mariam Diaby says that her organization started one day because she became tired of her breaking hair, “My hair was breaking and one day I just decided to clip it. It was something I just did for myself with no motivation to start a movement.”

And the “movement” isn’t an exaggeration; Nappys de Babi is now nearly 9,000 strong.

“When I started the group, I just started with three or five friends who were wearing their hair natural. We added another friend, and another, and in three months we were about 200. Today, we are a group of 8,500,” Diaby says.

And even though the organization clearly celebrates what is God-given, the experience of wearing natural hair in the Ivory Coast — as well as throughout much of Africa — isn’t largely a positive one.

Azi Oyourou, who owns Re-Zen Up, one of the few natural hair salons in Abidjan, explains, “I have one friend who has natural hair, and she has to wear a wig to work. They will not even let her inside the building with natural hair.”

In Abidjan, hair can be a contentious topic. Many Ivorians are persuaded to eschew their natural hair in favor of chemical straighteners, wigs, and extensions. Afros and dreadlocks are rarely depicted on local television, and those that wear their hair naturally can be shunned from their offices.

Which underscores why Nappys de Babi’s presence is particularly significant.

Members meet twice a month, offering one another tips and advice on caring for their natural hair.

While it may seem unnecessary for Ivorians to even need natural hair care tips, Oyourou counters that most do not know how to manage their natural hair because they are given perms as young as 3 years old.

“It’s strange, because in Africa, people are supposed to know their own hair, but we don’t most of the time,” notes Oyourou.

Bibi Gnagno, who is American-born and recently relocated to Cote D’Ivoire, writes a blog on natural hair called “OMGILoveYourHair.” She is also working on a documentary on the topic. To Gnagno, the public’s overall rejection of natural hair is voiced by many of the women she has interviewed.

“I ask women, ‘Now that you’ve gone natural, what comments do you get?’ For some of them, it’s: ‘What’s wrong with you? Do you not have enough money to go to a salon? Did your husband leave you? Go get a perm,'” Gnagno says.

“It’s starting to change slowly but surely, but it’s not as rampant as it is in the States, but it’s on its way.”

As a part of the movement, Gnango says that wearing her hair natural has buoyed her self-worth, “I think hair and self esteem are linked. I know my own self-worth as a Black woman has been linked to my hair and I developed more self-confidence when I started wearing it natural.”

But the negative perception of natural hair, according to Gnagno, can also be attributed to history.

“Under [French] colonization a lot of things happen. You want to get closer to the colonizer because that’s the person that empowers, so you let go of a lot of things that resemble your culture.”

Ultimately, though, even history isn’t holding back the resurgence of natural hair.

“In the past few years,” Oyourou says, “more people want to know about their traditions and what they have. You see this with people who have been studying in France or the U.K. When they come back, some people ask them, ‘Why did you come back? You should have stayed there.’

“But the people that came back love their country. They want to develop their own country and learn more about it, and this is the same mind-set that’s made it possible for people to change their hair.”