The Nigerian government has reiterated its resolve to achieve its goal of 100 percent digital television penetration by the end of the 2016 fiscal year. The country’s digital TV penetration reached 40 percent at the end of 2013; the Federal Government has said it will provide the requisite environment for such transformation to be realized.

Minister of Information and Culture, Alhaji Lai Mohammed, represented President Muhammadu Buhari during the 35th anniversary of Silverbird, Nigeria’s foremost media and entertainment company. In a statement from the president, Mohammed assured attendees that the present administration is totally committed to building a vibrant TV and media economy for the benefit of all Nigerians.

He further explained that Nigeria intends to use the Digital Switch Over (DSO) as an opportunity to diversify the provision of channels and content, adding that using the DSO, his administration shall replicate in Nigeria the globally successful Free to Air model to open up the market to a mass number of potential viewers.

Nigeria will be the largest DTT nation in Africa in 2020, both for Free to Air – that is 9.07 million and for pay TV which is 3.59 million. The target markets for Free to Air are the 26 million-plus TV households, and the growth of DTT in Nigeria is accelerating much faster than the growth in the pay-TV market. ~ Minister Alhaji Lai Mohammed

Mohammed noted that with its rich history, Silverbird will have to play a key role in the current evolution of television and entertainment with a view to boosting production of local content, employing Nigeria’s ever-increasing youth population and contributing significantly to the nation’s Gross Domestic Product (GDP).

Silverbird is a home-grown company which has risen significantly to the status of a leading media and entertainment firm that now owns radio and television stations as well as cinemas and malls across Nigeria. The statement also acknowledged that Silverbird, which started out as a concert promotion company that brought foreign and local artiste to perform together on the same stages in Nigeria, had already begun to impact a key aspect of his administration’s agenda: creating jobs, especially for the youth, thus helping to force down crimes and enhance security.

We are still counting on an even stronger cooperation between this company and indeed the entire media and entertainment industry and this administration in the efforts to ensure attitudinal change among our people, fight terrorism and corruption and provide even more jobs. ~ Minister Alhaji Lai Mohammed 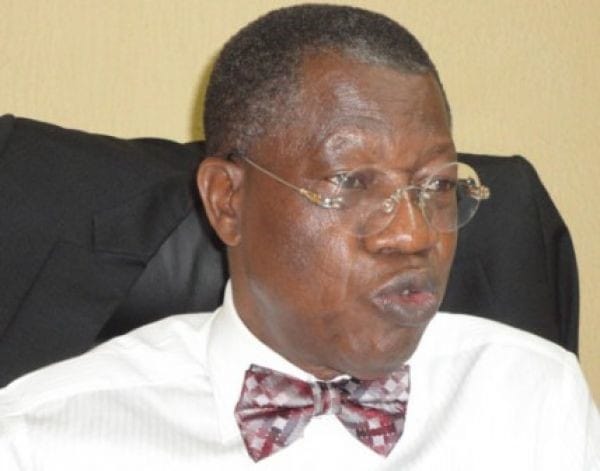 In a related development, the Nigerian government has also indicated its intention to collaborate with Qatar-based Al Jazeera Television in the area of capacity building for journalists in public-owned media organizations, especially the Nigerian Television Authority (NTA).

The move comes on the heels of the government’s renewed efforts to restructure the NTA and other publicly-funded media establishments to enhance their performance. During his recent visit to Al Jazeera’s headquarters, Minister Mohammed explained that the Nigerian government plans to reposition the public media organizations in order to make them effective and competitive, irrespective of which government is in power.

He assured Al Jazeera management that the Buhari-led administration “is an extremely open government” and that the organization would not have any problem doing its work in the country.  In his response, the Acting Director General of Al Jazeera, Dr. Mostafa Souag, hailed Nigeria for providing a conducive environment for the media to carry out its duties:

“Despite a lot of conflict and tension, you have managed to create a conducive environment for the media. This is very important for us in the media and we hope to see more freedom and more protection for the media,” he said.