Tom Ilube, founder of the trailblazing African Science Academy, has been named the country’s most influential Black person on the United Kingdom’s 2017 Powerlist of the 100 most powerful people of African and African-Caribbean heritage in Britain. The Powerlist, which is celebrating its 10th anniversary this year, is sponsored by Ernst & Young, Lloyds Banking Group, and Thomson Reuters. It honors incredible men and women across a wide range of industries including science, technology, and the arts.

Ilube claimed the number one spot for his outstanding work in education where he has impacted thousands of lives, and for his success in launching several successful technology companies.

While unveiling this year’s list, publisher Michael Eboda said, “I’m incredibly proud of all of our Powerlistees this year and over the past 10 years in which we’ve published the magazine. Tom isn’t a household name, but quietly behind the scenes, he has had an incredible effect on the lives of so many people across the world.”

Ilube set up the charity, African Gifted Foundation, to help transform the lives of hundreds of children on the continent. This year, he also opened the African Science Academy (ASA), Africa’s first girls only science and technology school based in Ghana. The school’s young women scientists come from Ghana, Nigeria, Ethiopia, Cameroon, Sierra Leone, and Uganda. ASA is looking to grow so that the school can admit more than 200 students a year from across the continent. The academy is driving Africa’s development by inspiring and unleashing the next generation of gifted scientists and engineers. 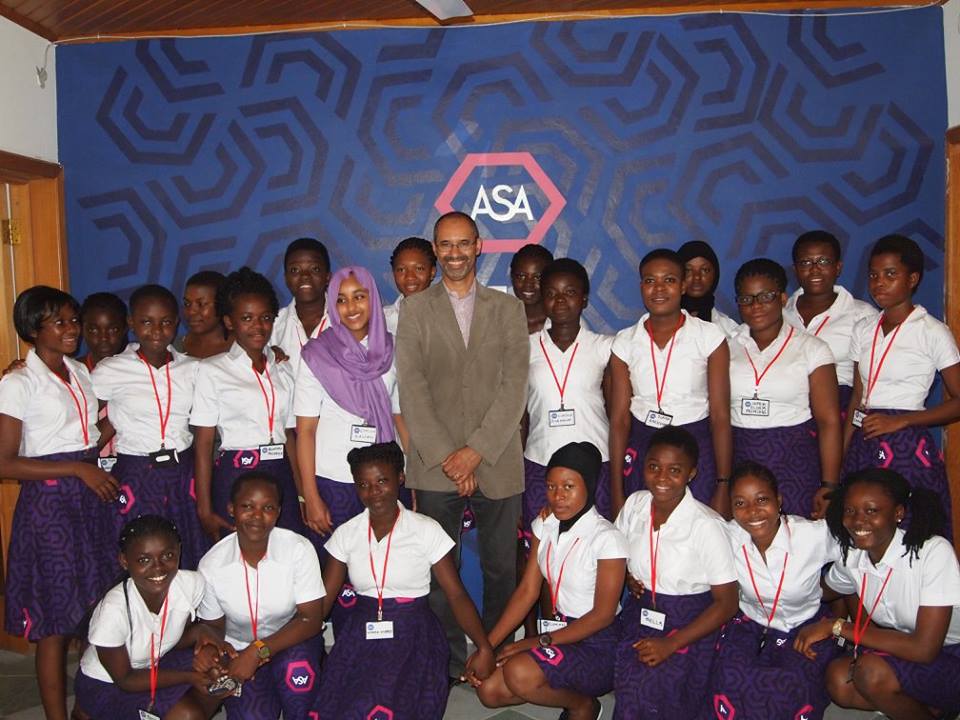 Ilube’s work in education extends to the United Kingdom, where he is the chairman of ADA College, a newly opened national college helping students enhance their digital skills. He’s also the founding chairman of Hammersmith Academy in London, which opened in September 2011 and is now one of the country’s most innovative technology schools.

The 53-year-old serial entrepreneur is also the founder and CEO of Crossword Cybersecurity, a technology commercialization company focusing exclusively on the cyber security sector. He was part of the founding team of pioneering Internet bank Egg and he persuaded Sir Tim Berners Lee, who is best known as the inventor of the World Wide Web to serve as an adviser to his online identity verification company Garlik. Ilube also founded credit score website Noddle.co.uk, which has grown to over 2 million users since launching in 2011.

Reflecting on his most recent achievement, Ilube said, “Launching the African Science Academy is the highlight of all my work in education over the past decade. I am convinced that we have brilliant young women in African who have the potential to be tomorrow’s world class scientists and engineers.”

Efua Adabie, headteacher of ASA added, “Many heroes go unnoticed. It is befitting that Tom Ilube has been recognized for his outstanding initiative and leadership that is changing the lives of so many.”

One of Ilube’s students at ASA, Priscilla Ababio, said, “Congratulations Tom. We ASA girls are all very happy for this achievement. Your dream, now a reality, has exposed us to true diversity and innovation. You are awesome.”

The Powerlist is a fantastic publication that celebrates the achievements and accomplishments of people of African and African Caribbean heritage in Britain. It’s vitally important that we continue to tell these stories of successful people from our Black communities. By doing so, we can inspire the next generation to push through barriers, go after their dreams, and reach for the top. We should never forget the power of positive role models. I’ve seen time and time again the profound impact it can have when young people see high achievers who look like them and come from the same background. It spurs them on. It motivates them. And there is special moment when they realize that they too can succeed and fulfill their potential.