East Africa has produced some of the world’s best athletes and now, U.S artist and producer Pharrell Williams has sought inspiration from these athletes for his new line with Adidas.

On getting inspiration from East Africa, Pharrell said, “Africa is such a beautiful continent. Of course, I am influenced by culture in many of its regions. Historically, you think about seeing Adidas on Marvin Gaye, on Bob Marley. It has had the history of having the support from inspirational people with African descent and being in music, as well as, of course, on athletes, so why would we not keep that going?”

The Solarhu pack, as the line is known features words like, “EMPOWER,” “INSPIRE,” “MOTHERLAND,” plus the Swahili words “MILELE” (forever) and “MBELE” (forward), written in a mix of letters and numbers. 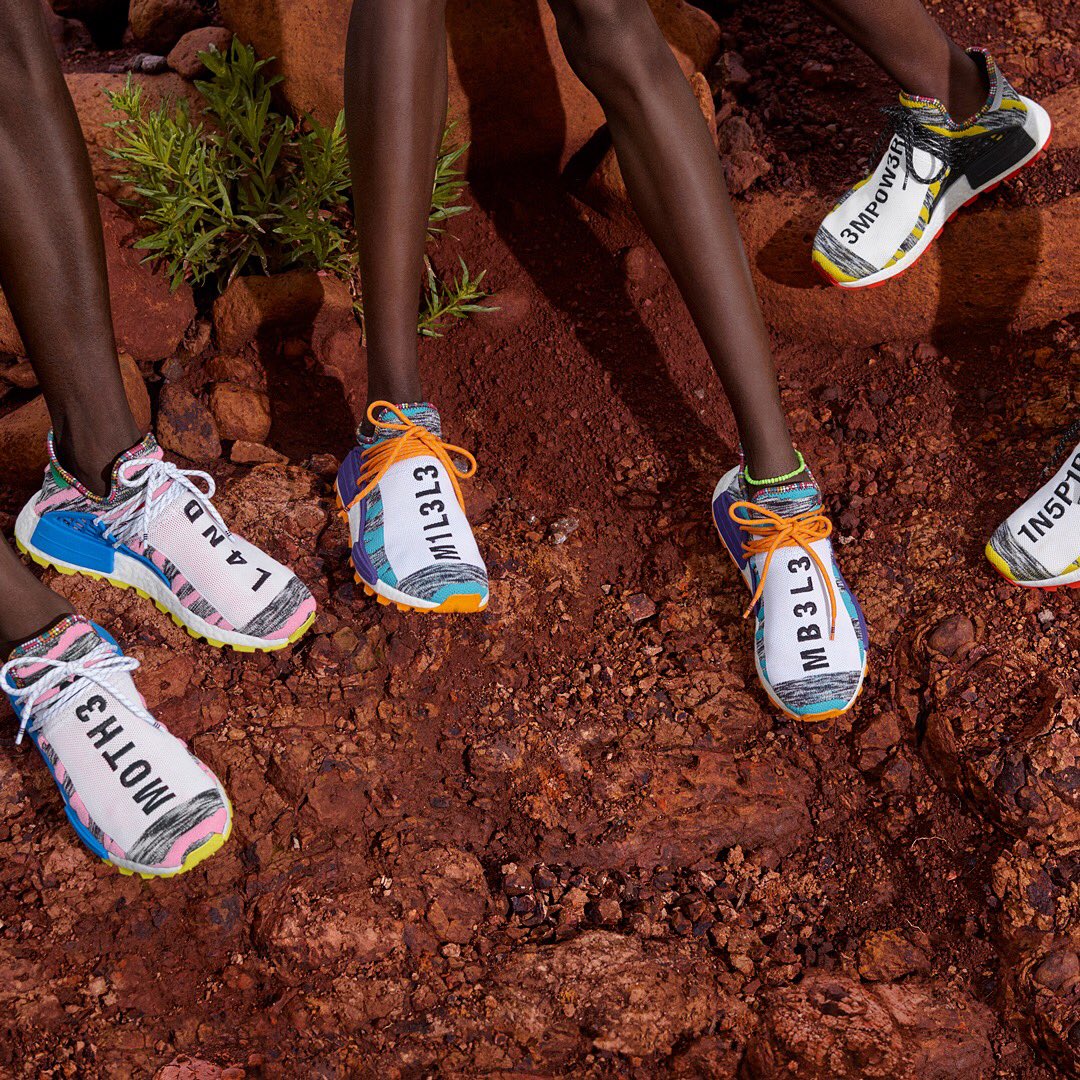 “Professional runners ordinarily start with numbers on their bib and progress to their name,” Pharrell said to GQ in an e-mail.

For Pharrell, the shoe collection is a way to not only drive conversation about sports but also inspire the youth in becoming successful.

“Whether it’s inspiring a kid to not be quiet about what they believe in, or encouraging a kid to go out and play tennis, both are a success,” he said.