On this day in 1993, most players of the Zambian national football team were en route Dakar, Senegal for the FIFA World Cup Qualifier.

They would not make it for the match.

All 25 passengers and five crew members were killed. 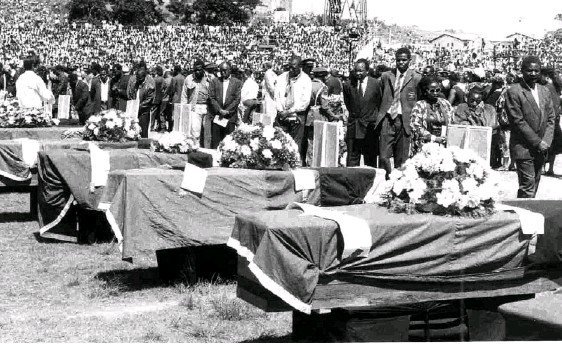 The team was one of Zambia’s best football teams, having proven themselves in the 1988 Olympic Games in Seoul when they beat Italy 4-0.

The national team players who died in the crash were buried in the Heroes’ Acre, outside the Independence Stadium in Lusaka.  A memorial to commemorate their death was set up in Lusaka and featured their names. 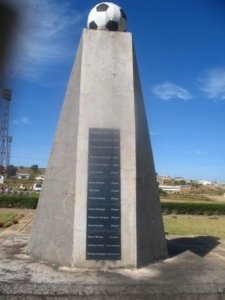 Then Captain of the team, Kalusha Bwalya, who had not travelled with the team as he had made alternative travel arrangements, remembered the fallen heroes on his Twitter account.

Today I decided 2 go give homage 2 my fallen team mates a day earlier.A day does not go by that I don’t think about my family that I lost off the coast of Gabon in 1993. 25 years later my heart is still broken. A team that could have gone so far. #KK11 #chipolopolo #Zambia #gabon pic.twitter.com/IoJqvZO5aq

Questions still abound on the cause of the crash. A Gabonese investigation stated that the pilot had shut down the wrong engine after a fire. The player’s family are still following up on a report by the Zambian government.