Amina Lawal was sentenced to death by stoning in a Nigerian Islamic court in 2002.

Her crime: committing adultery and giving birth to a child out of wedlock.

Lawal, who was divorced, had admitted to having had a relationship with a man she identified as the father of the child.

The man denied the charge and swore on the Koran. He was, thus, deemed innocent by the trial court. For lack of evidence, he was not prosecuted; and in the midst of all this, no one thought of DNA tests.

The Islamic Sharia court on March 22, 2002, ordered Lawal to be executed, only to be saved after an Appellate Court overturned the sentence.

Lawal was the second Nigerian woman condemned to death by stoning for engaging in sex before marriage.

Hers became an international case that highlighted the plight of women in Nigeria’s northern Muslim states and the Sharia law. 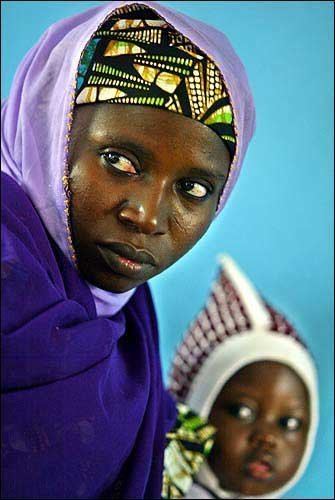 Amina Lawal and her baby — Alchetron

Sharia law, which is believed to come straight from God and hence unquestionable, is a set of religious principles which help Muslims understand how to lead their daily lives as part of Islamic tradition.

Established in northern Nigeria’s mostly Muslim state Zamfara in 2000, the law governs everything including their marriage, sexual behaviour, prayers and finance and spells out punishments for incidents like robbery and rape.

Proponents state that the law has made people responsible and reduced the crime rate.

Lawal’s case further brought her home country, Nigeria under heavy criticism and caused a sharp split between Muslims and Christians, causing civil and religious tensions between the two religions.

Several campaigns were launched, both in and outside Nigeria, to persuade the Nigerian government to overturn the sentence.

A number of contestants of the Miss World beauty contest, to be held in Nigeria in 2002, also pulled out of the contest to protest against Lawal’s treatment.

The Oprah Winfrey Show had a special report on Lawal and encouraged viewers to send protest e-mails to the Nigerian Ambassador to the United States (over 1.2 million e-mails were received).

Baobab for Women’s Human Rights, an NGO based in Nigeria, took up Lawal’s case, which had attracted Nigerian lawyers trained in both secular and Sharia law, including Hauwa Ibrahim, a human rights lawyer known for her pro bono work for people condemned under Sharia law.

Lawal, on August 19, 2002, appealed against the stoning sentence but was rejected by an Islamic court in Katsina State of Nigeria, with the judges stating that the execution would be carried out as soon as Lawal weaned her daughter from breastfeeding.

Then on September 25, 2003, the Nigerian peasant woman finally got her freedom when her sentence was overturned by a five-judge panel of Katsina State Sharia Court of Appeal basically on the basis of technicalities in the application of Islamic law.

“It found that the lower courts had been wrong not to allow Ms. Lawal to retract her earlier confession. Moreover, the court ruled, the first confession was invalid because it was uttered only once, instead of four times, as required by Islamic law, and only one judge presided over the first trial, instead of the requisite three.

“The panel also cited more substantive grounds. The police officers who arrested Ms. Lawal produced no witnesses to fornication, the court said. The court also gave a nod to what defense lawyers had called the ”sleeping embryo” theory: under some interpretations of Shariah, an embryo can be in gestation for up to five years, meaning that Ms. Lawal’s baby could have been fathered by her former husband,” according to an article by The New York Times. 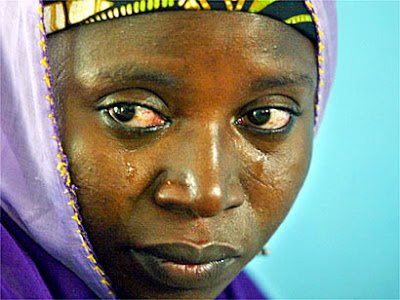 If the Appellate Court had upheld the first ruling, Lawal, who admitted to being haunted by nightmares, would have been buried up to her chest and stoned to death.

Her freedom from this horrific execution saved Nigeria from what many described as the threat of religious fundamentalism to global peace.