Elizabeth Rukidi Nyabongo Bagaaya, the princess of Toro in Western Uganda is well-known for her career in modelling and acting in Europe and America at a period when blacks were hardly seen on the international stage.

The intelligent and eloquent woman is also celebrated for successfully restoring her country’s international image during her tenure as roving ambassador and minister of foreign affairs in the 1970s, as well as, her term as the United Nation’s ambassador in the 1980s. 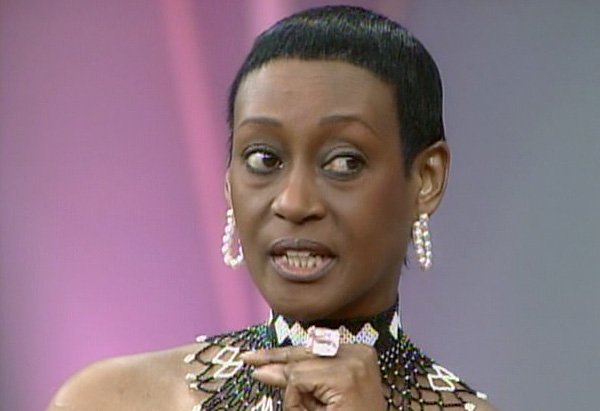 Born in 1936 to King George Matthew Kamurasi Rukiidi III and Queen Kezia Byanjeru of the Toro Kingdom in Western Uganda, Bagaaya attended basic school in her home country but due to her father’s insistence to have her balance successfully between Western culture and African culture, she was sent to school in England, where she  completed her high school education at Sherborne School for Girls. She was the only black student.

After a year, she got accepted into the University of Cambridge (specifically Girton College), becoming the third African woman in the school’s history.

In 1962, the princess graduated from Cambridge with a law degree and three years later, in 1965, she qualified as a barrister-at-law, becoming the first woman from East Africa to be admitted to the English Bar. 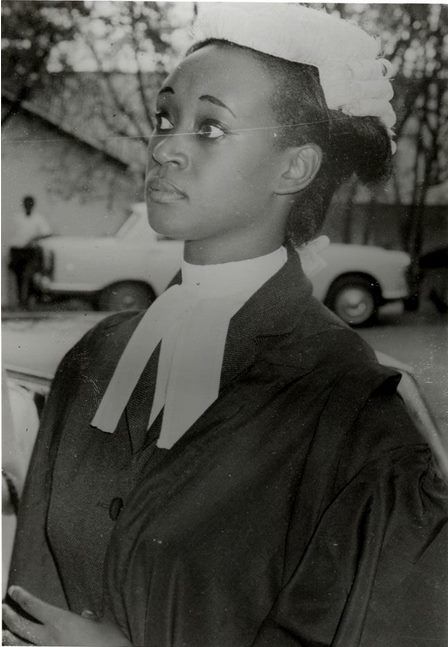 It was around this time that her father died, compelling her to return to Toro for the funeral and the coronation of her brother in 1966 as Omukama Patrick D. Kaboyo Olimi VII.

At the coronation, Bagaaya received the title and office of Batebe (Princess Royal or the King’s first sister), which traditionally made her the most powerful woman in the Toro Kingdom and the most trusted adviser of the king. 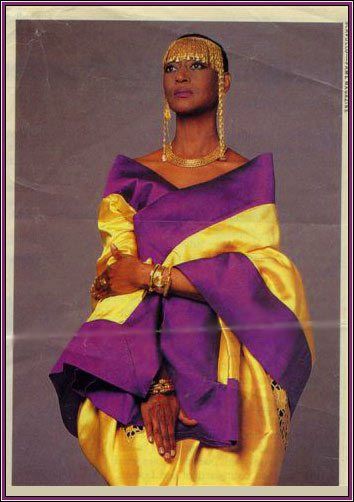 The coronation made headlines in international media, shooting Bagaaya to fame. She would later in the same year head to Kampala, Uganda’s capital, to work with a law firm but things suddenly changed when Milton A. Obote’s government (1962-1971) abolished monarchs in Uganda.

Toro, which became an independent state in the 18th century when it seceded from the ancient empire of Bunyoro-Kitara (which covered parts of present-day Burundi, Rwanda, Tanzania, Zaire, and Uganda), was now on the verge of losing its status.

Living like a prisoner in her own country, Bagaaya accepted the invitation of Princess Margaret of the United Kingdom who had asked her to model in a charity fashion show at Marlborough House in London in 1967.

After the show, Bagaaya began a modelling and acting career that lasted from 1967 to 1970 and then from 1984 onwards. 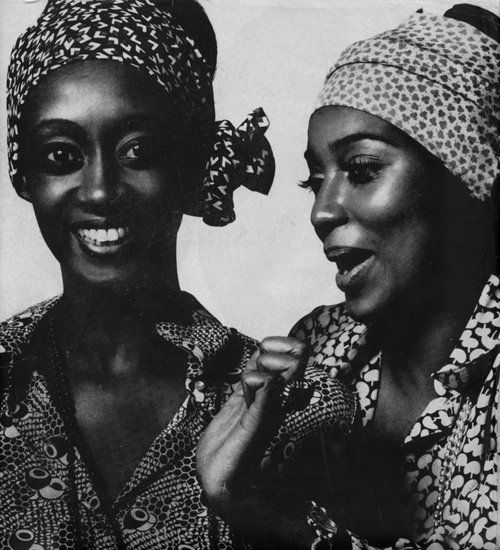 In Britain, she modelled in several fashion shows that were featured in the British and American Vogue, Harper’s Bazaar, and Queenmagazines in 1967 and 1968. 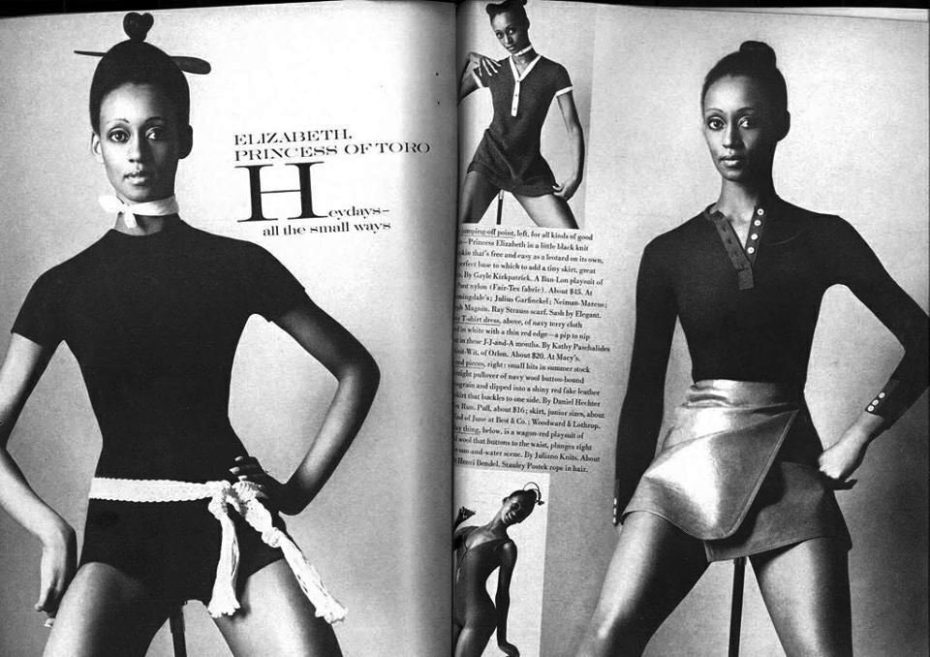 She also took her modelling career to New York between 1968 and 1970, where she got featured in the American Vogue, Look, LIFE, and Ebony and became the first Black to appear on the cover of a top fashion magazine (Harper’s Bazaar).

Bagaaya later entered into acting when she was asked by an American and German company to play a role in a film titled “Bullfrog in the Sun”, which was based on Chinua Achebe’s “Things Fall Apart”. 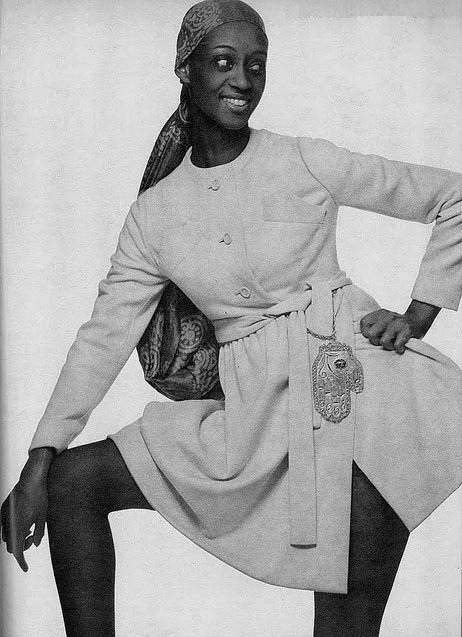 She would later in 1983 publish the African Princess, which earned her a role in Sheena, a film by Columbia Pictures that portrayed the indigenous culture of a people known as the Zambouli.  Bagaaya played a shaman who raised the daughter of geologists killed in a cave. 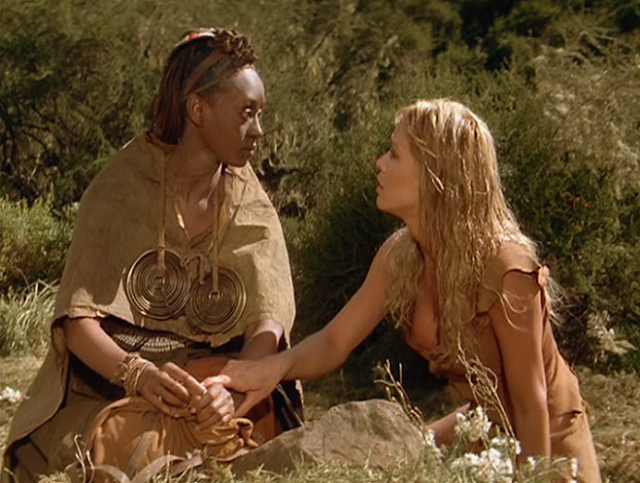 When Idi Amin overthrew the Obote government in 1971, Bagaaya returned to Uganda and was willing to serve her country.  Her first appointment under Amin was a roving ambassador and for three years, she used her fame and contacts to get direct access to various presidents, conveying messages to these leaders as Amin’s envoy.

Bagaaya would later be appointed the foreign minister in February 1974.

“Short as her tenure was (February to November 1974), Bagaaya revived Uganda’s tarnished image abroad, tried to soothe hostilities, and encouraged heads of state to visit the country. It was partly due to her policies that Arabs generously gave aid to Uganda; Gaddafi and Siad Barre of Somalia visited Uganda in 1974; and efforts were made to compensate the expelled Asian traders,” according to accounts. 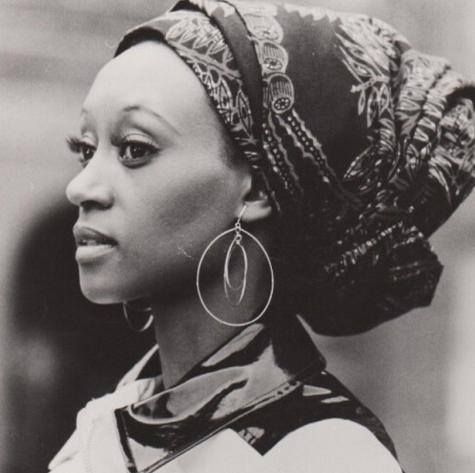 The relationship between Amin and Bagaaya later turned sour over claims that she was plotting to overthrow him.

“[Amin] had me placed under house arrest. But for international and local pressure, I would have been killed,” she once said in an interview.

There were reports that Amin had unsuccessfully proposed marriage to Bagaaya on her return from overseas. Amin, after being rejected came out with ridiculous claims that Bagaaya had made love to a white man in Paris in 1974 and that led to her dismissal.

Bagaaya would, later in her autobiography, indicate that Amin’s remarks were lies from a man “whose advances to marry her met a cold reception.”

Bagaaya fled Uganda in 1974 and took up political asylum in Britain, where she kept a low profile for three years and only returned to Uganda in 1979 when Amin’s military government was overthrown.

In the country’s first free national elections, Obote returned to power in 1980 and this forced Bagaaya to leave Uganda again and returned in 1985 when he was overthrown and replaced by Yoweri Museveni. 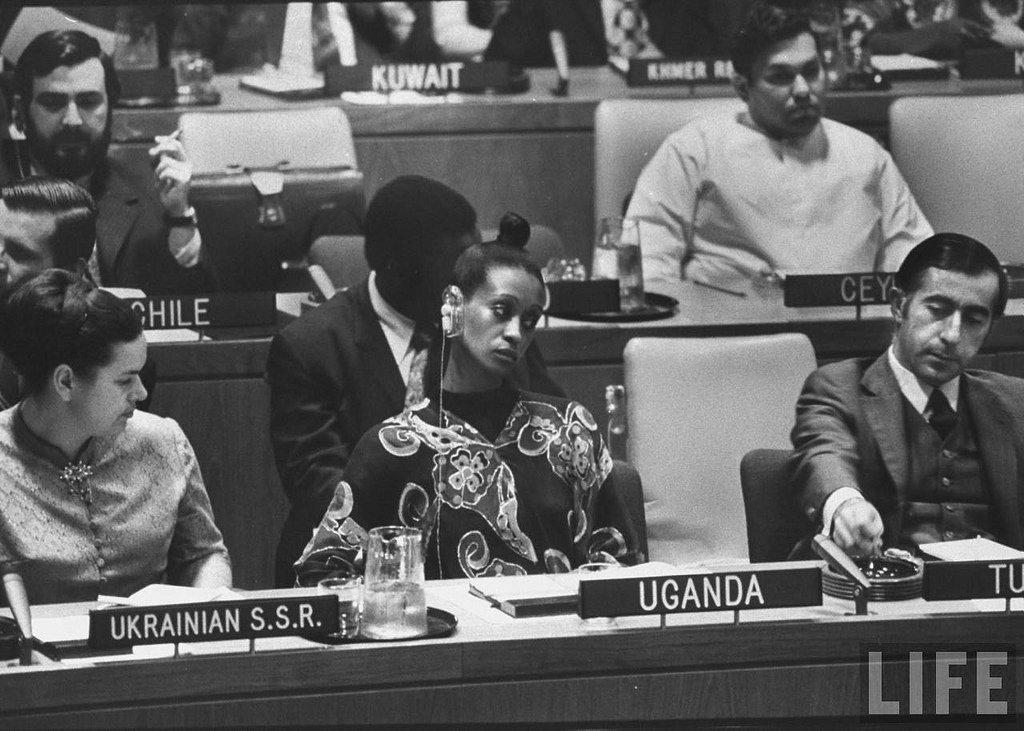 Elizabeth of Toro, when she was Ugandan Ambassador to UN — trip down memory lane

Museveni appointed Bagaaya as Uganda’s ambassador to the United States between 1986 and 1988 and during this period, she used the mass media and contacts from previous careers for the Ugandan cause, including ensuring a meeting between President Yoweri Museveni and then Vice President George Bush and President Ronald Reagan in October 1987.

Following the death of her husband, Wilbur Nyabongo, in December 1986, Bagaaya opted to leave public service and get involved in charity work.

With her desire to live temporarily in the United States, she resigned from her position as Ugandan Ambassador to the United States on July 21, 1988, and began promoting African causes through television appearances and through the publication in 1989 of her book titled “Elizabeth of Toro: The Odyssey of an African Princess”.