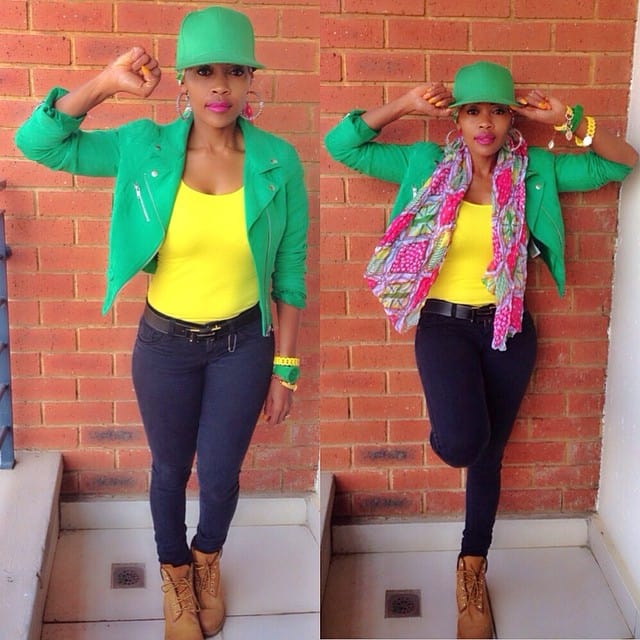 Singer and TV presenter Thembi Seete posted a picture of her attire in African National Congress (ANC) colours as she headed to the voting station.

May 7th marked the country’s fifth all-race general elections.  It dawned on me that I was about to vote for the second time; however, I was not as excited as I was the first time I voted in 2009. Still, in the morning, I shed a tear in bed reminiscing about how far — from Apartheid to democracy — we have come as South Africans, with the lives lost so that we can be free and the sacrifices made so that our voices can be heard. I had no choice but to get up and go vote, regardless of the current situation in South Africa. I also realized that change starts with me, and I have to exercise my right to vote. And just like me, South Africans were buzzing with excitement through social media as we celebrate 20 years of democracy. Consequently, here is my roundup of social media reactions during the elections. Enjoy!