South African 800m Olympic gold medalist, Caster Semenya, married her long-time partner Violet Raseboya on Saturday in a colorful white wedding. The ceremony, which was held in South Africa’s capital Pretoria, was attended by excited friends and family members of the pair. The occasion, which also coincided with the Semanya’s birthday, saw the track champion sharing joyful photos from the event with her numerous fans on her Instagram page.

Semenya’s Instagram photos of the wedding were captioned with “my heart,” “our perfect day,” and spoke of “love that is unbreakable,” while carrying the hashtags, #love #ourweddingday #perfectday #perfectcouple #married #casviowedding.

South African Olympic queen #semenya has tied the knot with her long time girlfriend .the 800m champion who was awarded personality of the year at the 2016 MAMA got married some days back

According to the Daily Mail, Semenya’s white wedding follows a traditional ceremony that was held a little over a year ago in which Caster reportedly paid a dowry of more than $1,800 to her bride’s family.

Semenya was dressed in a classic “Prince Charming-style” outfit, complete with an embroidered jacket, gold breeches, and velvet slippers, while Raseboya, 30, who is an athlete herself, wore a full-length white lace and appliqué dress. The pair would later change into sun-colored traditional clothes and beaded accessories for the reception. 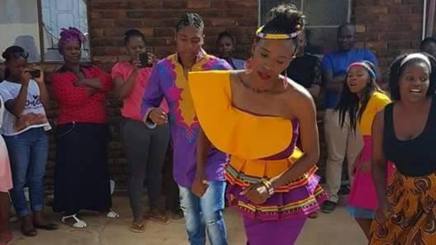 The 26-year-old has been at the center of an international gender controversy since she broke into the global scene as a shy 18-year old at the World Athletics Championships in 2009. Her muscular appearance, deep voice, and her incredible recording-breaking times on the track have fueled rumors about her gender.

The International Association of Athletics Federations was forced to conduct tests to verify her gender, which revealed that Semenya did not exactly fit into the strict boundaries of the gender. She is intersex, or as she would prefer to look at it, a female with elevated levels of the male hormone, testosterone. Before a 2015 court ruling, she was required to take medication to suppress her testosterone levels before she could compete against other females.

During the Rio Olympics, Semanya was the victim of dog whistles and open protests from her fellow contestants who suggested that the race was decidedly unfair as they were competing against a “man.” 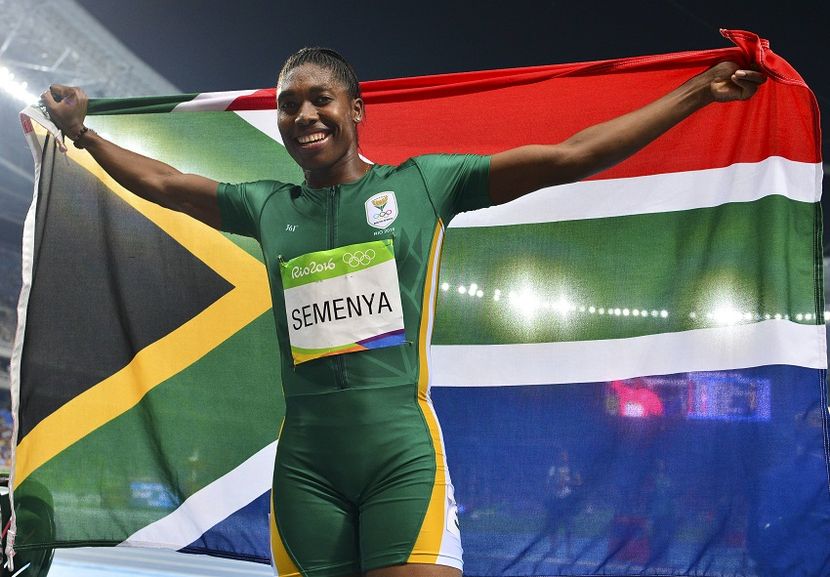 Despite the controversy, Semenya has continued to enjoy the overwhelming support of her country, who have stood by her and showed their support, especially during the Rio Olympics when they came up with the hashtag, #handsoffcaster. That overwhelming support culminated in her winning the 2016 MTV Africa Music Awards Person of the Year Award.

South Africa remains the only African country to have legalized same-sex marriages, while many African countries have passed laws criminalizing same-sex relations. In many cases, offenders can face lengthy prison sentences for exhibiting “wrong sexual orientations.”

Largely influenced by its dark history of state-sponsored oppression against the citizenry and a desire to never descend to such ignominy again, South Africa today boasts one of the most liberal constitutions in the world. The South African constitution expressly recognizes the rights of minority groups, the LGBT community, and the right of a woman to choose abortion.