Queen Elizabeth II of Britain has awarded South Sudanese designer Akuja de Garang with the Member of the Order of British Empire (MBE), which was established in 1917 to recognize contributions to the arts and sciences, work with charitable and welfare organisations, and public service. According to Mott MacDonald, a global engineering, management, and development consultancy firm,  de Garang was awarded the MBE by the queen for her promotion of girls’ education and social development in South Sudan. The award is in recognition of de Garang’s work in leading the

The award is in recognition of de Garang’s work in leading the Girls’ Education South Sudan (GESS) program, an intervention initiative sponsored by the U.K. Agency for International Development.

Responding to the news, de Garang said,“This is wonderful. More so for the GESS program and the people of South Sudan.” 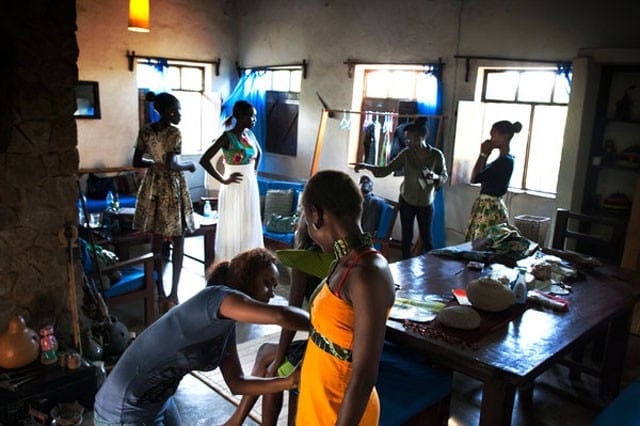 As an 8-year-old, de Garang was forced to flee South Sudan with the rest of her family after a civil war and inter-tribal violence broke out in 1983. Her family eventually settled in Bristol, England, where she would later earn a Master’s degree from the University of London’s School of Oriental and African Studies.

In 2004, equipped with advanced skills in project management and design, de Garang returned to South Sudan to contribute in rebuilding efforts. After returning, she spent years working with UNICEF and the UN, while doing consulting work for the South Sudanese government.

She became the team lead of GESS at its inception in 2013. The program has been key in helping South Sudan achieve relatively impressive elementary school enrollments. In 2016, the country reached its highest enrollment ever, after 1.3 million children (43 percent of them girls) enrolled in school.

de Garang is also committed to using fashion and the rich culture of a country ravaged by years of war, to unite its people and forge a new identity of peace, development, and progress. Her works feature contemporary designs inspired by South Sudanese traditional arts and crafts. In 2012 she launched her own clothing line, Akuch.

She is also an avid art collector who travels the country collecting remarkable artifacts and crafts, most of which she exhibits in a mini gallery in her home in South Sudan.