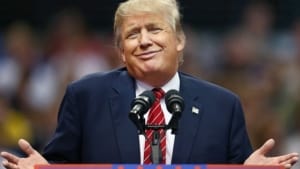 In December, 14 people were killed during a mass shooting in the United States.

The couple, who had a 6-month-old daughter, killed 14 of Farook’s co-workers and injured another 21.

While the pair were killed by police in a shoot-out, the attack has left the United States reeling since facts about the couple indicate that they pledged allegiance to the Islamic State and contacted at least two terrorist organizations abroad before their mass shooting….

While U.S. President Barack Obama would call for Americans to resist the urge to persecute all Muslims for the actions of a few, a day later, Trump would call for the “complete shutdown of Muslims entering the United States until our country’s representatives can figure out what is going on.” 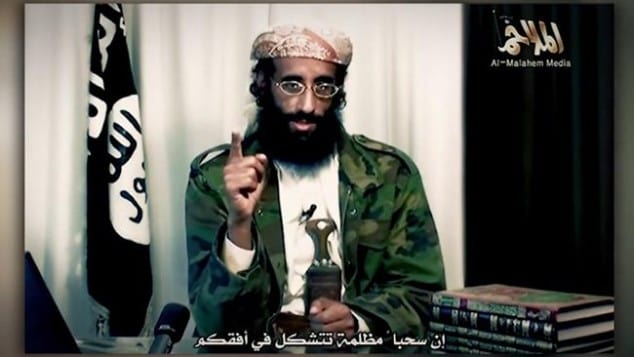 Somali al-Qaeda affiliate Al-Shabaab (pictured) use this statement in their latest 51-minute video — in addition to footage of the U.S. Civil Rights era’s Malcolm X; police brutality in Ferguson, Mo., with Michael Brown’s death; and police brutality in Baltimore with Freddie Gray’s death — to encourage American Muslims to join the holy war.

The speeches of Anwar al-Awlaki are also underscored.

Throughout the video, excerpts of previous video messages from the late-radical cleric Anwar al-Awlaki are played predicting persecution of Muslims in the United States.

Al-Awlaki was U.S.-born and raised and revered as a powerful motivator in terrorist operations for al Qaeda in the Arabian Peninsula.

Al Shabaab’s chief message is to show that the United States is a racist nation that persecutes both Blacks and Muslims. Not surprisingly, for the terrorist organization, adopting radical Islam is the only answer to both group’s targeting.

Still, on Sunday, Trump defended his Muslim stance on CBS News’ “Face the Nation” program, saying, “Look, there’s a problem. I bring it up. Other people have called and say you have guts to bring it up because frankly it’s true and nobody wants to get involved.

“People that are on different persuasions than me right now are saying, you know, maybe Trump isn’t wrong. We want to examine it.”