Sadly, we only celebrate our heroes and pioneers when they are no longer with us. But the case of  James Meredith is different. The civil rights activist, endeared by many, including iconic leaders like Martin Luther King, is 85, alive and still a force to reckon with.

Meredith first came to national attention when he applied to the University of Mississippi in 1962 as a transfer student from Jackson State College, an all-black college. Although the US Supreme Court had ruled segregation of public schools to be unconditional in Brown v. Board of Education in 1954, states such as Mississippi maintained their segregationist policies.

Meredith, a former serviceman in the U.S. Air Force and of African American, Canadian, Scots, and Native American descent, wanted to apply pressure on the university to insist on his civil rights to attend a state-funded university. He wrote in his application,

“Nobody handpicked me…I believed, and believe now, that I have a Divine Responsibility… I am familiar with the probable difficulties involved in such a move as I am undertaking and I am fully prepared to pursue it all the way to a degree from the University of Mississippi.”

When the NAACP took Meredith’s case to court, the University of Mississippi, commonly known as “Ole Miss”, was ordered to admit him. But the registrar was blocked by Mississippi Governor Ross Barnette when Meredith tried to register on September 20, 1962. Historians say Barnett was subsequently ordered to stop interfering with the university’s desegregation efforts or face arrest and a fine of $10,000 a day.

According to BBC, President Kennedy sent 3,000 troops to Ole Miss to restore order and escort Meredith to register for classes, a time during which a violent riot broke out killing 2 and injuring 375. Meredith successfully registered the next day and eventually graduated in 1963, facing harassment and isolation to receive his degree in political science. 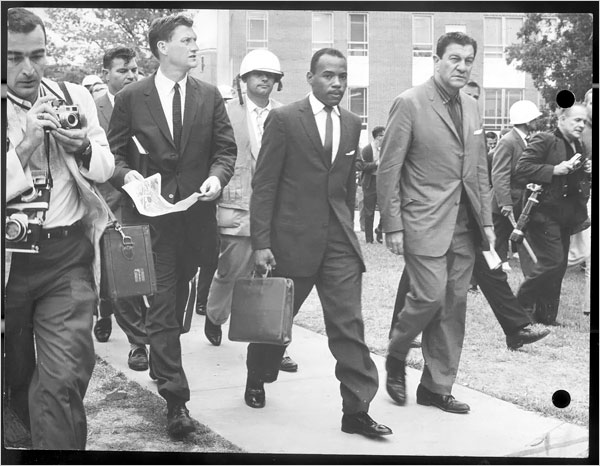 James Meredith, center, is escorted by federal marshals as he enters the University of Mississippi, in Oxford, in September 1962. Source: U.S. Slave Blogger

Meredith came to national attention once again in 1966 when he led a solo march known popularly as the March Against Fear. Now a law student on a full scholarship at Colombia University, the 32-year-old civil rights activist started his 220-mile March against Fear in Memphis. He wanted to show his, “fellow black citizens how to stand up to white authority and to also encourage them to register to vote”. But just one day into the march, Meredith was shot and hit three times by a sniper’s bullet. The BBC describes, “Bleeding from the head, shoulder and leg he shouted: ‘Oh my God’.”

Other civil rights organizations and leaders including Martin Luther King, Jr. and Stokely Carmichael, quickly rushed to Meredith’s aid and organized to continue the march on Meredith’s behalf.  The March was the largest civil rights march in the history of the state, galvanizing over 10,000 people to join the cause and resulting in the registration of more than 4,000 African American voters. Meredith’s march also catalyzed continuous local and national organizing, especially among African Americans in Mississippi.

Of Meredith’s sacrifice, Martin Luther King said the following in his 1963 “Letter From a Birmingham Jail”:

“Some day the South will recognize its real heroes. They will be the James Merediths, courageously and with a majestic sense of purpose facing jeering and hostile mobs and the agonizing loneliness that characterizes the life of the pioneer.” 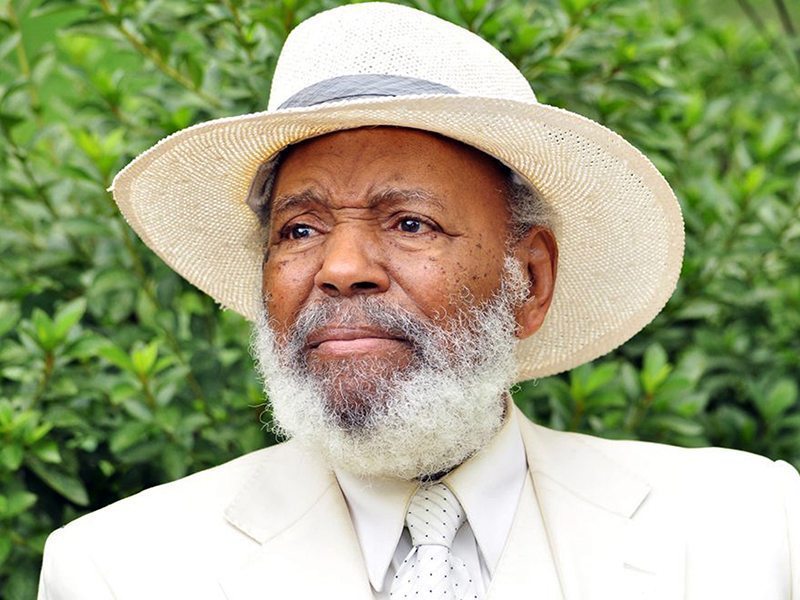 Meredith continues his work of activism today. Just last year, he wrote a poignant letter on Trump, Civil Rights, and education in the Washington Post, arguing,

“The main problems in American public education are poverty, decades of neglect and segregation of our high-poverty schools, and a system that is today driven not by parents and teachers but by politicians, bureaucrats, ideologues and profiteers with little if any knowledge of how children learn.”

Meredith almost paid the ultimate price to impress upon us that they should not be afraid and should vote. His sacrifices and contributions to civil rights for all Americans should never go in vain and should be remembered and celebrated.