Lauren Simmons is a woman, 23 years old, and a minority.

As she told BBC, her identity surprises many who marvel at the job she does. Many ask, “what are you doing, how did you get this job?”, she noted.

Simmons is currently the only full-time female broker on the New York Stock Exchange (NYSE) floor.

She is one of very few women to hold a trading role in history and joins a short list of signatories in the book containing the constitution of the New York Stock Exchange. For context, the richest person in modern history, John D Rockefeller is a signatory as well.

Simmons says she loves it. “I fell in love with the numbers and the fast movement, and the men in the trading jackets and everything was moving so fast and I’m loving it,” she told BBC.

The New York Stock Exchange remains one of the last trading floors that still uses human brokers, and of the humans there, it is still very much a boys’ club.

Richard Rosenblatt, founder and CEO of the boutique securities firm explains that this has a lot to do with the history of the work.

“Trading in a trading crowd was a very physical thing. You and I would look at each other and try to figure out: How big an order did we have? How nervous did you look? How aggressive were you going to be?”.

“It didn’t attract a lot of women back then,” Rosenblatt, who has been a broker since 1969, explained.

Lauren Simmons remains the only full-time female broker on the floor despite Rosenblatt’s efforts to recruit others. “We just hired a new person not too long ago and in the interview process, there weren’t that many female applicants, because they weren’t applying,” Simmons said.

Still, she is confident that “she won’t be the last”.

On February 12, 1970,  Joseph L. Searles III became the first black floor member and floor broker in the New York Stock Exchange. His, was the first in the NYSE’s 178-year history, following the admission of the Exchange’s first woman three years earlier. 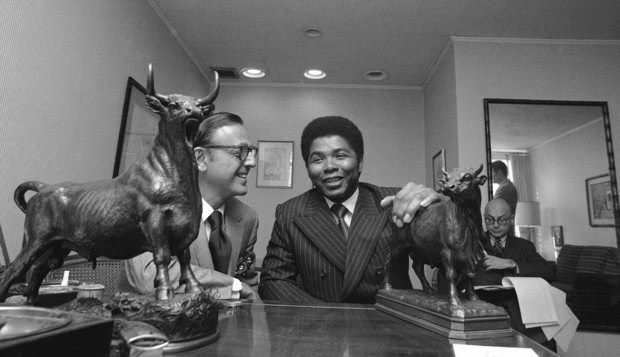 Clarence B. Jones, who is a counsel and speechwriter to Martin Luther King Jr,  was an allied member of the exchange in 1967 when he became a partner at Carter, Berlind & Weill Inc but didn’t have floor access.

The 1964 enactment of Title VII of the Civil Rights Act which prohibited employment discrimination on the basis of sex, race, color, religion or national origin opened the way for these finance pioneers.

Simmons, who follows in their footsteps, graduated from Kennesaw State University (2016) two years ago. She holds a bachelor’s degree in genetics.