When we talk about new-age filmmakers, we would be remiss to miss out the name Ava Duvernay, one of America’s prolific directors and producers.

She has made headlines for many things including her deal with Warner Bros, which was announced recently.

According to the deal, DuVernay will, starting 2019, develop and produce television projects exclusively for Warner Bros. through her company Forward Movement.

The TV projects will join two shows produced by Duvernay; OWN’s “Queen Sugar,” produced by Warner Horizon, and “The Red Line” for CBS. 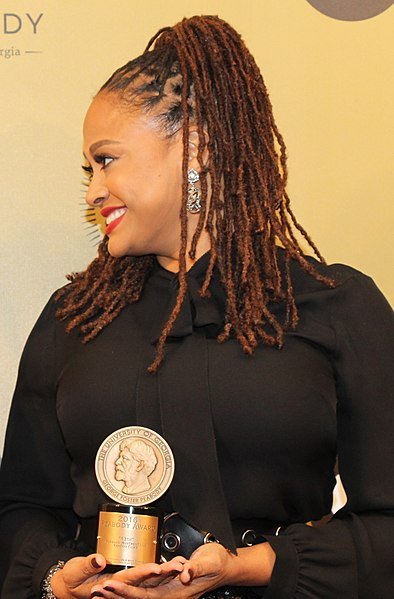 Warner Bro. has had only good things to say about Duvernay. According to Television chief Peter Roth:

Ava DuVernay is one of the leading lights in our industry, a brilliantly talented writer, producer, director and entrepreneur whose ability to inspire with her art is exceeded only by her ability to entertain. We have had the great pleasure of working with her on Queen Sugar and The Red Line, and we are extremely excited about the new stories she has to tell.

This was just part of the deals and accolades that Duvernay has received over the years, but the journey started long before all this.

Born on August 24, 1972, in Long Beach, California, Duvernay career started off with journalism when she was an intern at CBS, where she was assigned to the O.J Simpson case. However, she was disillusioned with journalism and opted for public relations instead.

She would open her own PR firm and venture into other businesses such as the promotional network called Urban Beauty Collective.

Duvernay’s entry into the film industry started in 2005 with a short film called Saturday Night Life, but soon after, she turned to documentaries as they asked for lower budgets than fiction films and it was a chance for her to learn the trade.

After a number of documentaries and narrative films, Duvernay made her mark globally in 2012 when her film, Middle of Nowhere, premiered at the Sundance Film Festival. She won the  U.S. Directing Award: Dramatic, becoming the first African American woman to do so. The film also earned her the 2012 Independent Spirit John Cassavetes Award.

From there, it has been up and up for Duvernay, who became a much sought-after filmmaker. She worked on projects such as the August 28: A Day in the Life of a People, which was commissioned by  Smithsonian’s National Museum of African American History and Culture;  Selma, which earned her numerous accolades; 13th, a documentary on the status of prisons in the U.S. and named after the 13th amendment; and a Wrinkle in Time, based on a 1962 novel of the same name, which made DuVernay the first woman of colour direct a live-action film with a budget of over $100 million.

Duvernay has also worked on TV shows such as Queen Sugar, a story of the estranged Bordelon siblings in Louisiana, as well as music and advertising videos.

Her work has received acclaim and criticism alike but nothing seems to be stopping the 46-year-old filmmaker. Her productions tackle many issues, top of which is the importance of representation in the film industry. It is why she makes sure that she makes her set and production team as inclusive as possible.

Her decision to turn to film has been a good move for the world, and we are only waiting to see what future projects she will churn out.