… No talking drum announced this tragedy to his own people in mournful tones. No gong-gong summoned any familiar face to his side. No dirges recounted a litany to his praise. No linguist was present to recite any of his numerous appellations in eloquent and ornate language. Ironically, “Osagyefo,” “Kwame Atoapem,” “Show Boy” lay cold and still in a lonely infirmary among a strange people he did not know. His own people had rejected him and put a price on his head as a common criminal 10. Ghana, the land which he risked everything to free from bondage, had stabbed a deadly wound in his heart. Like the stab of Brutus to Caesar, it was “the most unkindest cut of all”; for as we knew Brutus to be Caesar’s angel, so was Ghana dearest to Nkrumah’s heart. And like Caesar, struggling in excruciating pain till he fell beneath the statue of Pompey, so did Nkrumah struggle alone in the agony of death, till he gave up his weary soul to its Maker in the Bucharest infirmary. “And what a fall was there there, my countrymen, that deny you and I and all.” Ghana and Africa fell.

These were the words of Accra’s Weekly Spectator journalist Kwabena Kissi in an article titled: “Nkrumah, the Leader We Never Understood.”

The article was published following the death of Ghana’s deposed leader, 62-year-old Kwame Nkrumah, on April 27, 1972, in a hospital in Bucharest, Romania, where he was undergoing medical treatment since August 1971.

He is reported to have died of prostate cancer with no family member by his side after months of failing health following the mysterious death of his cook in Conakry, Guinea, where he was exiled after his overthrow in 1966.

The cause of his death has been an issue of contention as Nkrumah himself believed he was not safe from Western intelligence agencies and had suspicions of being poisoned.

Guinea, the country that made Nkrumah a Co-president for his immense support after French political and financial abandonment in 1958, held Nkrumah dearly after his overthrow and during his ill health.

Nkrumah’s wife, Fathia, was living in her home country Egypt with their three children after the coup that expelled them from Ghana.

His first son, Dr. Francis Nkrumah who is now a professor, visited his ailing father in Guinea intermittently from Ghana where he lectured at the University of Ghana.

The Ghana government after Nkrumah’s overthrow led by Dr. Kofi Abrefa Busia rejected pleas from Guinea between 1970 and 1971 to allow Nkrumah to return home for treatment after his ill health surfaced. 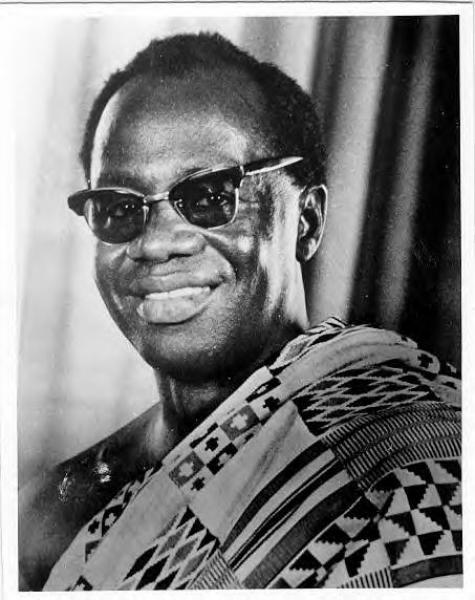 In January 1972, the government was overthrown by Colonel Ignatius Kutu Acheampong of the National Redemption Council (NRC) who adopted a pro-Nkrumahist stance of Pan-Africanism. Three months after the coup, Nkrumah died after efforts to bring him to Ghana proved futile due to the seriousness of his illness.

Guinea, in turn, refused to return the body of its Co-president, until some demands were met. Sekou Toure vowed to send the body to Ghana for the dignified burial promised by the coup leader only after his demands were met.

According to reports at the time, the demands included the lifting of all charges pending against Nkrumah, release of all Nkrumah supporters from prison, removal of threats against Nkrumah’s followers who remained with him in exile and an official welcome of Nkrumah’s remains with all the honours due a deceased president, among other demands.

Colonel Acheampong who had just assumed the position of leadership of the country refused to negotiate on those terms and continued to demand the return of the body. 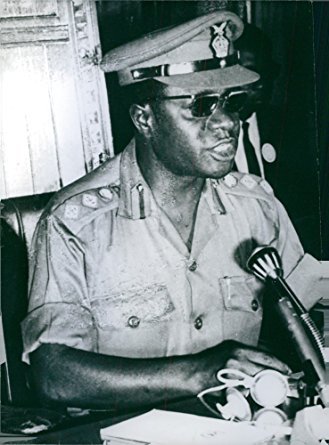 It is reported that the Ghana police had offered a reward of $120,000 to anyone who brought Nkrumah back to Ghana, dead or alive. The NRC claimed that the reward was posted before they took over the country. They added that they had revoked it “in the spirit of the January 13 Revolution”. West Africa (London) May 12, 1972, p. 575.

Nkrumah’s family including his aged mother Elizabeth Nyaniba pleaded with Sekou Toure to return the body of Nkrumah.

According to a paper published in the American Universities Field Staff Reports – West Africa Series in 1972 by Victor D. Du Bois and titled The Death of Kwame Nkrumah, Toure had imposed even more impossible conditions such as the placing of Nkrumah’s tomb in front of Ghana’s Parliament building and the restoration of Nkrumah’s appointees to their former positions.

It took the pleas from Presidents William Tolbert of Liberia, Siaka Stevens of Sierra Leone, and General Yakubu Gowon of Nigeria to persuade Toure to return the body, but not until a state funeral in Guinea.

Thousands of Guineans lined the eight-mile route from the airport to the center of Conakry on Saturday, April 29, 1972, when Nkrumah’s body arrived from Bucharest. The body was driven to the state house and laid in state.

Nkrumah’s wife, Fathia Nkrumah arrived in Conakry the next day with their three children and went to the state house where they saw Nkrumah for the first time since 1966. 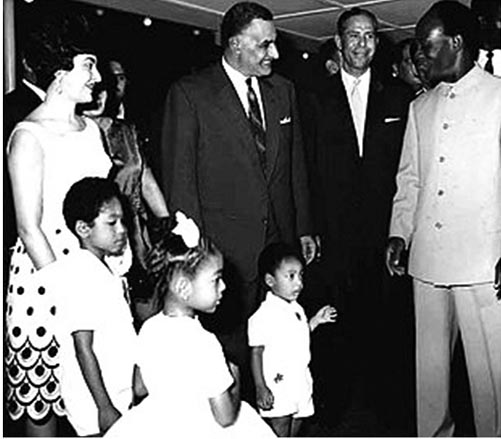 The state funeral was held on Monday, May 1, 1972, and in attendance were African and world leaders including Cuban Prime Minister, Fidel Castro, President of Mauritania and Acting Organization of African Unity (OAU) President Mokhtar Ould Daddah, President of Liberia William Tolbert and representatives from Congo-Brazzaville, Sierra Leone, Dahomey, Tanzania and Algeria.

“Betrayed in Ghana, he found himself once again on free soil in Guinea, co-President of the Republic, to the great surprise of the imperialist powers enclosed in a bourgeois legalism. With Nkrumah, African unity became an irresistible force. That is why this thinker and this man of action is not a Ghanaian, but an African – and even more – just a man,” said Sekou Toure during his hour and a half speech at the funeral.

Later in the day, a five-member delegation from Ghana, headed by Colonel Benni, a member of the National Redemption Council, arrived in Conakry to attempt to persuade Touré to return Nkrumah’s body which had been buried.

Back in Ghana, the military government declared May 19 as a National Day of Mourning and a public holiday. A non-denominational service was held at the forecourt of the State House in Accra without the body. It was attended by members of the government, diplomatic corps and Nkrumah’s supporters.

The embalmed body of Kwame Nkrumah was exhumed and finally flown to Ghana on July 7, 1972, in a special Guinean Air Force plane after months of negotiation. All flags were ordered to fly at half-mast until the country’s first leader was buried.

Nkrumah’s body was laid in state the following day, Saturday, at the State House in Accra and thousands of Ghanaians paid their last respects. The body was flown on Sunday to his hometown, Nkroful, where he was buried in a vault.

After 20 years of his death, Nkrumah’s body was again exhumed on July 1, 1992, and reburied at a mausoleum in Accra built on the same grounds where he declared Ghana’s liberation on March 6, 1957.