He was the oldest of four children. His father was a village chief identified as Bolingia, and his mother was called Siliando.

When he was 6-years-old, Michele Amatore, then known as Quetto, watched his village, Commi in the Nuba Mountains of southern Sudan get destroyed by Egyptian soldiers and leaders who had then made so much profit from the slave trade.

Those who survived the raid journeyed to the slave market in Khartoum and later left for Cairo, where Amatore found himself in the home of an Italian physician called Luigi Castagnone.

He took care of him and gave him the basics of education. When he was nine, Amatore travelled with Castagnone to see his colleague physician to live with him in Piedmont, northern Italy.

When he returned to Africa, he took part in the trading activities that were flowing from Cairo to Khartoum.

But he had another mission; to search for his family members that were scattered by the slave trade and to ultimately avenge the slave masters. 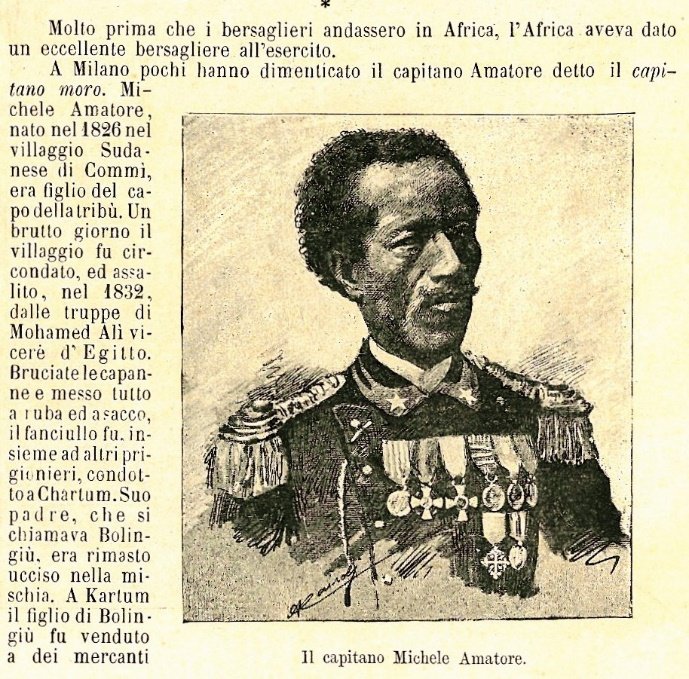 When he returned to Italy in 1848, he enlisted in the military as a sharpshooter, otherwise known as bersagliere and subsequently fought in the First Italian War of Independence from 1848 to 1849.

While engaging in these series of battles, Amatore studied mathematics and French on his own.

He was later awarded the French Order of Merit after his spirited performance in the Battle of Solferino and San Martino during the Second Italian War of Independence in 1859.

Even though he was an immigrant of colour who did not have any military school training, Amatore rose to the rank of captain by 1863.

He was made a Knight of the Crown of Italy and also a Knight of St Maurice and of St. Lazarus, two highly respected Piedmont orders.

Historians say that the King of Prussia even had a bronze cross struck in his honour. 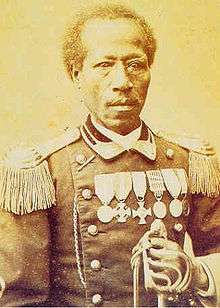 During his career in the military, Amatore helped in the fight against cholera in Sicily and received a bronze medal of merit for his efforts.

After serving in the military for 32 years, Amatore was compelled to retire in 1880 when he got problems with his eyesight. He also had a limp.

Amatore later settled in the green hills of Rosignano Monferrato east of Turin with his wife, Rosetta Brambilla, where he passed away on June 7, 1883.

He was buried in Turin where a street bears his name.

Even after death, Amatore was highly celebrated and seen as a symbol of Italo-African fraternity during the fascist era.