The 29-year-old female musician, popularly known as “Vee Money,” surrendered herself to the police in Dar es Salaam, Tanzania’s capital, after her name appeared on a list of suspected drug traffickers in the country, according to the Daily News.

Confirming the arrest, Mdee’s lawyer, Aman Tenga, said her client had traveled to South Africa on official duty, when she was named by Dar es Salaam Regional Commissioner Paul Makonda as a drug user and dealer.

The celebrated singer and songwriter spent the night behind bars, and it’s still not clear when she will be released or arraigned in court.

Reports say police ransacked Mdee’s house in Kunduchi before taking her to a government chemist for further investigations.

Mdee, who was the first Tanzanian MTV VJ, started out as a radio and TV announcer, hosting popular shows such as “Epic Bongo Star Search” and “Dume Challenge.”

In 2012, she signed a recording deal with B’hitts Music Group and has since released many popular songs, including “Cash Madame,” “Niroge,” “Tusimame,” “Come Over,” “Siri,” and more.

Last month, Tanzania’s Ministry of Internal Security released a statement summoning six top celebrities to the Central Police Station in Dar es Salaam for questioning, after they were mentioned by the regional commissioner as drug users and traffickers. 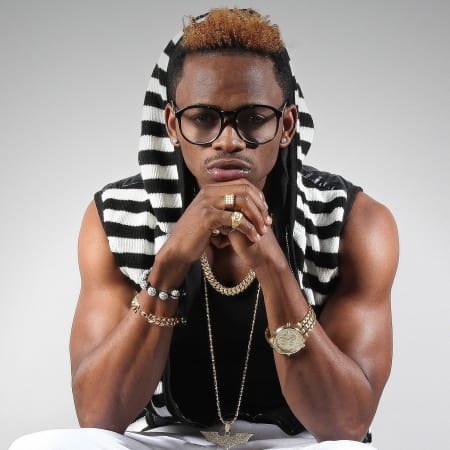 The regional commissioner then added on a list of three police officers, Vanessa Mdee as well as four other people.

But in a quick rejoinder, Minister for Information, Culture, Arts and Sports Nape Nnauye warned that the crackdown should be carried out cautiously without damaging the reputations of the celebrities.

Nnauye further requested that the people tasked with the operation understand that it takes many years to build a brand and just a few minutes to destroy it.

“They are sick as other victims of drug abuse. The difference is that they have big names and we all know them, but we have to be as compassionate as possible so as to help them win their fight and become sober again,” the Minister said.

He said the celebrities have lives and careers to go back to when the ongoing crackdown is over.