Fredericks, an IAAF counci member, resigned from his position as head of the International Olympic Committee (IOC) Evaluation Commission for the 2024 Games, according to the BBC. He also stepped down from a taskforce overseeing Russia’s return to international competitions after the country was rocked by a state-sponsored doping scandal.

Frankie’s decision to quit the athletic committees follows a recent report in the French paper Le Monde, alleging that the athlete had received a large cash payment in 2009 to influence voting on the host city for the 2016 Olympic Games. Fredericks has denied the allegations. 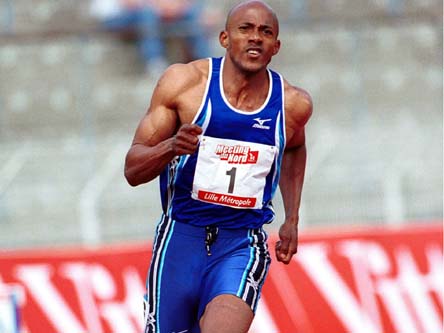 Announcing his decision to quit the athletic committees, Fredericks said in a statement that he was quitting his position to allow investigations to commence.

“I have decided to step aside from the taskforce so that the integrity of its work is not questioned due to the allegations made against me in Le Monde.

“It is important that the taskforce’s mission is seen as free and fair with no outside influence,” he said.

Fredericks’ former position as the head of the IOC Evaluation Commission put him in charge of the Olympic delegation inspecting candidate cities, such as Los Angeles and Paris, vying to host the 2024 Games.

Fredericks is one of the most successful sprinters from southern Africa. He is Namibia’s first and only Olympic medalist, winning his first Olympic medal in 1992 at the Barcelona Games and competing for his country of birth Namibia in the 200m and 100m events.

Fredericks retired in 2004 and became the head of the Namibia Athletics Association in 2009. In 2012, he was elected as a member of the IOC.