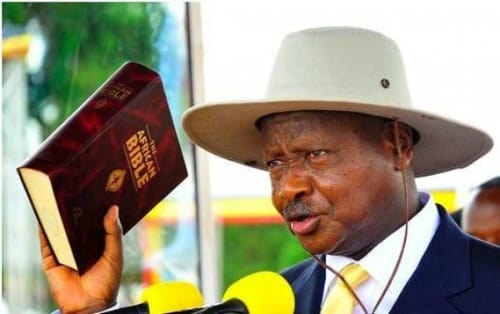 President of Uganda Yoweri Museveni (pictured) led a five-hour anti-gay rally Monday in the capital city of Kampala in support of the country’s anti-gay law. President Museveni’s unflinching stance against homosexuality has sparked criticism from the global community and gay rights activists who feel the law infringes on their freedoms.

President Museveni was greeted with a hero’s welcome at Monday’s “thanksgiving service,” where attendees reportedly flew banners, carried signs, and waved flags praising the enactment of the anti-gay law. President Museveni signed the anti-gay bill into law back in February, sparking the ire of European nations that have provided financial aid to the country.

Monday’s rally was punctuated by a speech from President Museveni who did not mince words regarding his thoughts on homosexuality. As evidenced by the revelry and response, his message resonated deeply with his people. 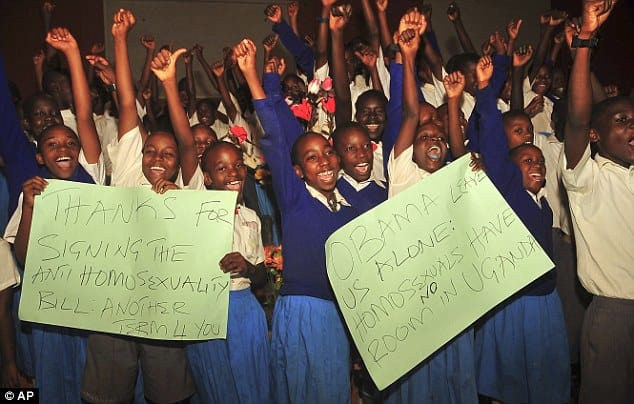 “It is not genetic. It is not congenital. It is behavior,” said Museveni. “That’s why I said I am going to sign the bill because I am convinced, with the available information, that these people are not born like that. They just learn and they can unlearn what they have learned.”

While the cuts in funding from Western donors will take around a fifth of Uganda’s $12 billion annual budget, it does not appear the financial sanctions will send the country into ruin.

According to reports, a handful of European nations have already suspended between $118 to $122 million in funds and America says it may consider withholding $400 million in aid. President Museveni has rebuffed the talk of Western nations, claiming that his nation isn’t in need.

“When you hear these Europeans saying they are going to cut aid … we don’t need aid in the first place,” President Museveni said. “A country like Uganda is one of the richest on earth.”

President Museveni was flanked by religious leaders and politicians who also addressed the thousands in attendance.

Uganda has some of the toughest anti-gay laws on the continent, and is one of 37 African nations that outlaw homosexual activity. President Museveni has ruled Uganda since 1986 and intends to run for office in 2016.