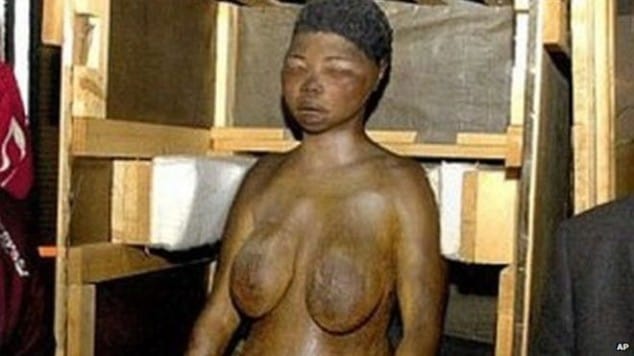 In recent weeks, several of South Africa’s monuments have been defaced. Now, the world-famous burial site of Sarah Baartman, a.k.a. Hottentot Venus,” has also been defaced in a controversy that is said to be dividing the nation, according to BBC.

Used To Degrade the Black Race

An indigenous Khoisan woman, Baartman left South Africa in 1810, when a doctor told her she could become rich by allowing foreigners to see her body.

But instead, Baartman’s life abroad would be peppered with disgrace, humiliation, and horrors.

…She became a freak-show attraction investigated by supposed scientists and put under the voyeuristic eye of the general public.

She was forced to show off her large buttocks and her outsized genitalia at circus sideshows, museums, bars, and universities.

And just when it would appear that Baartman’s dehumanization had reached its nadir, a “scientist” by the name of George Cuvier would turn her into a “specimen” to ultimately prove that Africans were inferior.

As from March 1815 Sara was studied by French anatomists, zoologists and physiologists. Cuvier concluded that she was a link between animals and humans. Thus, Sara was used to help emphasise the stereotype that Africans were oversexed and a lesser race.

However, rather than being transported home, the aforementioned Cuvier would dissect her body, making a plaster cast of it, and pickle her brain and genitals to be displayed at the Musee del’Homme (Museum of Man) until 1974.

Even in death, Baartman was sensationalized and disrespected.

Late-South African President Nelson Mandela would be the one to ask that her remains be returned home.

It would take eight years before Baartman’s remains would be buried on August 9, 2002, in Eastern Cape Province.

In present-day South Africa, many are questioning the presence of colonialists’ statues around the country.

Earlier this month, Face2Face Africa reported on the controversy that arose over British colonizer Cecil Rhodes‘s statue at the University of Cape Town:

Last month, students who were fed up with the enduring symbol of White imperialism protested Rhodes’ statue by defiling it with excrement, prompting school officials to seriously consider whether its continued existence on campus grounds is necessary.

University officials ultimately decided to have it removed. 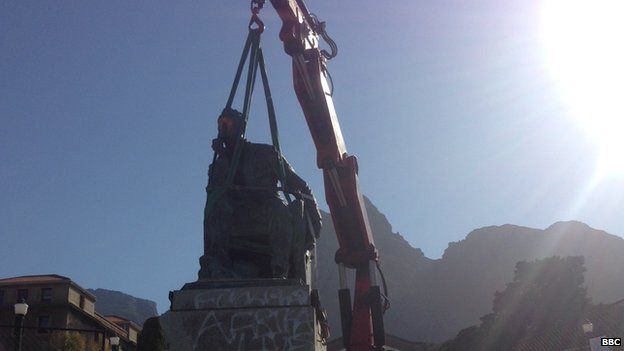 In addition, in the capital of Pretoria, green paint was thrown on the statue of Paul Kruger, the President of South Africa Republic from 1883 to 1900. 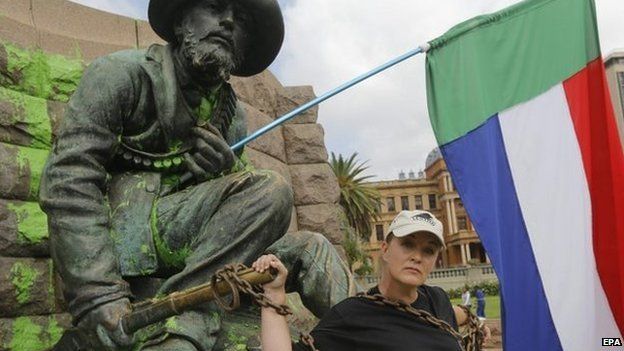 The targeting of the nation’s colonialists has caused many White South Africans to protest against the rejection of these “heroes,” with one placard at a rally reading, “Hands off our heritage. This is genocide.”

Which begs the question:  Is the white paint that was thrown on Baartman’s plaque over the weekend revenge?