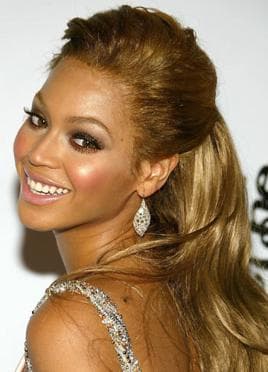 Beyoncé recently released another video teaser for her new single, "Run the World (Girls)." The single has already been played heavily on radio waves, increasing anticipation for the release of the video. This video teaser is her fourth so far. It is uncertain when the full video will be released.

The superstar recently spoke to Billboard Magazine, stating that her new album will be called, "4." She explained that her fans inspired the name for the album, adding that the number holds a personal significance to her.

"I keep seeing that the fans love the name ‘4,’ and I think it would be a really nice thing to let them name the record," Beyoncé said to Billboard. On the number’s significance, she added:

"We all have special numbers in our lives, and four is that for me. It’s the day I was born, my mother’s birthday, and a lot of my friends’ birthdays are on the fourth; April 4 is my wedding date."

Beyoncé also stated that a lot of inspiration for the album came from the late Nigerian Afrobeat pioneer, Fela Kuti.

"I recorded more than 60 songs: everything I ever wanted to try, I just did it. I started off being inspired by Fela Kuti. I actually worked with the band from ‘Fela!’ the hit Broadway musical based on his life, for a couple of days…what I learned most from Fela was artistic freedom: he just felt the spirit."

Beyoncé’s “4" is expected to be released in June.