Boko Haram, the Nigeria-based Islamic terrorist group, has reportedly deployed more women as suicide bombers than any other terror group in history.

According to a report, entitled “Exploding Stereotypes: The Unexpected Operational and Demographic Characteristics of Boko Haram’s Suicide Bombers,” researchers at West Point military academy in the United States said over half of the more than 400 suicide attacks carried out by the group since 2011 involved the use of women and young girls — some as young as 7.

Boko Haram’s attacks have centered around its stronghold in northeastern Nigeria, but it has also spread out in recent times along the Lake Chad Basin, where Nigeria borders Niger, Chad, and Cameroon.

The group launched its first coordinated suicide attack in 2011, but it was not until 2014 that it began to deploy women as suicide bombers. 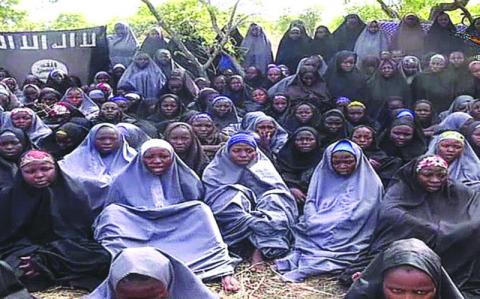 The researchers believe that the global outrage sparked by the abduction of the “Chibok-Girls” that year encouraged the group to begin to use women as suicide bombers for maximum shock value.

Women and young girls also have the added advantage of arousing less suspicion than men and bombs are easy to conceal under the billowy folds of material worn by conservative women, while pregnant women and nursing Mothers are almost never considered a security threat.