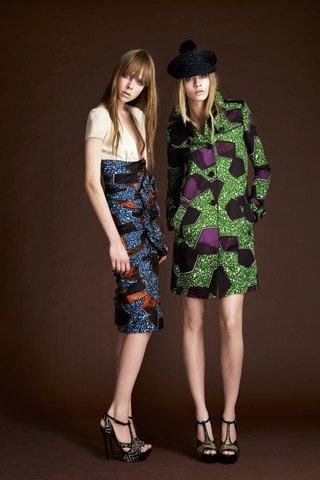 In its campaign, Burberry uses rich wax prints (also known as ankara). Burberry, a style house best known for its sharp trench coats, seems to have jumped on this, trend, welcomed by its creative director, Christopher Bailey. In fact, Bailey, in a interview with Style.com, echoed that,

“This collection started with our iconic heritage as the foundation. We really wanted to emphasize this feeling of artisanal and decorative pieces that had been touched by hand, celebrating craftsmanship but always with this playful element.”

With labels likeL.A.M.B, Boxing Kitten, and Opening Ceremony embracing a trend that fashion houses, Jewel By Lisa, Suno, Duro Olowu, and others are known for, should we be surprised that more and more fashion designers are taking the ankara trend to new heights? The F2FA Fashion team examines this trend. Here’s what we had to say:

Gillean Opoku, F2FA photo editor and style contributor, argued that the aesthetics that Burberry poured into ankara is great, but there should be at least some credit given to the textile’s African roots. Opoku argued:

“I think it’s pretty cool seeing non-Africans translating our cultural elements and using it for various applications like fashion and furniture. I think it demonstrates that these elements are accessible to all and not just for Africa. I am just frustrated that at times it is not acknowledged that they were influenced by Africa to create whatever they have created. For example, the whole Adidas thing with naming a shoe 'Kente' and suggesting they came up with the name and unique design when clearly it was taken from the traditional handmade Ghanaian fabric. That's not cool! I am over the whole argument that it's African and it's copyright. Stealing and borrowing ideas to make it your own is appropriation. It's an aspect of art. Big labels like Burberry and Missoni have done a good job of that!” 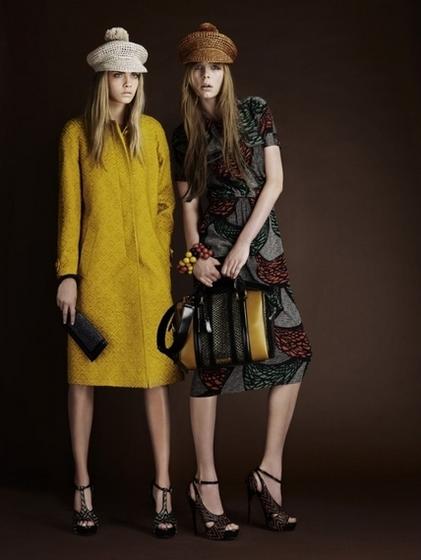 Mazuba Kapambwe, F2FA fashion contributor, stressed that Ankara should not be made to represent Africa:


“I’m just over the whole Ankara thing being made to represent Africa as a continent.T here are so many other fabrics such as kente, Ethiopian traditional material, Lalesso (Kenya) and more. If you’re going to use Ankara, make it different. Do something we’ve never seen before so people can justify spending money on outfits that can be made for a cheaper price at the local tailor. But then again, we are not the target market for Burberry. At least not me. This is for people that will buy this thinking it’s "different" and have never heard of people doing ankara right; like Jewel By Lisa, Ituen Basi and more.”

Azuka Onye, F2FA health editor also echoed Gillean’s opinion. She stated that when an African designer uses Ankara, not much attention is given to their work:


“We need to take ownership. Is any of our work copyrighted? And then on top of everything, they don't even use African models. I don’t know about other countries but I know ankara and lace are staples in Nigeria, so it’s just weird to see designers like Michael Kors and now Burberry using it. When Korto Momolu did African inspired work on “Project Runway” it wasn’t received very well and she lost, but now that you know who has presented it, it is the next best thing. Just tired of Africans never getting the recognition they deserve.”

African labels are recognizing this new trend as an incentive to push their creativity to new heights. Specifically, Jewel By Lisa just launched an affordable line called “The J Label.” More than ever, online boutiques and style events catered to African fashion have popped up and have built strong followers like myasho.com, Asos Africa, and Africa Fashion Week New York. The F2FA Fashion Team embraces all the attention that’s put into the ankara frenzy, but we as team conclude that recognizing Africa, either through using African models or collaborating with African designers is important.

With the ankara frenzy building up to new heights, the F2FA Fashion team wonders: Are you over the ankara hype, or are you sublimely happy about it?