Since the 2016 Olympics, gymnast Simone Biles has not competed internationally, especially after revelations in January that she had been sexually abused by a former Team USA sports doctor.

On the eve of this year’s Worlds Championships, the 21-year-old African American was admitted to hospital with a kidney stone but she still put up a good show on Thursday to make history as the first woman to win four all-around titles at the World Championships.

In spite of a fall on the vault, a fall on the balance beam and stepping out of bounds during her floor exercise routine, Biles still won by 1.693 points – the largest margin of victory of her four titles at the competition being held in Doha, Qatar, news site CNN reports. 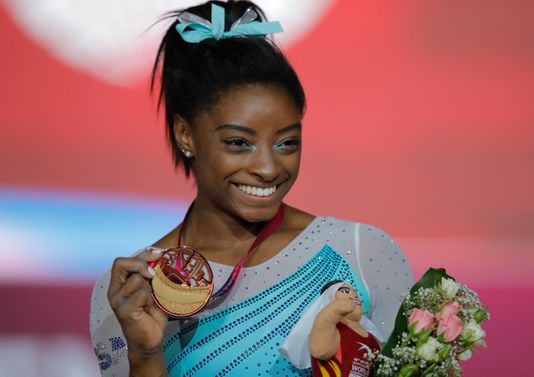 Analysts say that Biles, who returned to the sport this summer, struggled through the competition- a view Biles also holds.

“I wish I could have put out a better performance because that’s not the gymnast that I am,” Biles, who won four gold medals at the 2016 Olympics was quoted by news site BBC.

“But we all make mistakes and fall – it’s just how you get up and prove yourself.”

“This year has definitely had its ups and downs, going to therapy and other things besides. Just being in the gym has been a little bit rough, but you try to focus on one thing at a time to get through it,” she said.

“I hope this gives confidence [to other women] that you can still do well and not be penalised for it and for parents to put gymnasts in the sport and feel comfortable.”

Apart from the all-around, Biles led the U.S. this week to team gold and many believe that she can still add to her medal haul in the individual vault, uneven bars, beam and floor events.

What’s even more amazing is that Biles did not let a kidney stone stop her from the medal haul. Biles had been diagnosed less than 24 hours before the competition and had to put the treatment on hold to win it for the team.

this kidney stone can wait…. ?? doing it for my team! ❤️ I’ll be gucci girls ! pic.twitter.com/rKkvuEQrKc

“The adrenaline definitely helped because even when I’m walking or doing some stretches, I’m in a bit of pain,” she said. “So adrenaline helps.”

Biles has earned 15 World Championships medals, five behind record-holder, Svetlana Khorkina of Russia, according to the BBC. 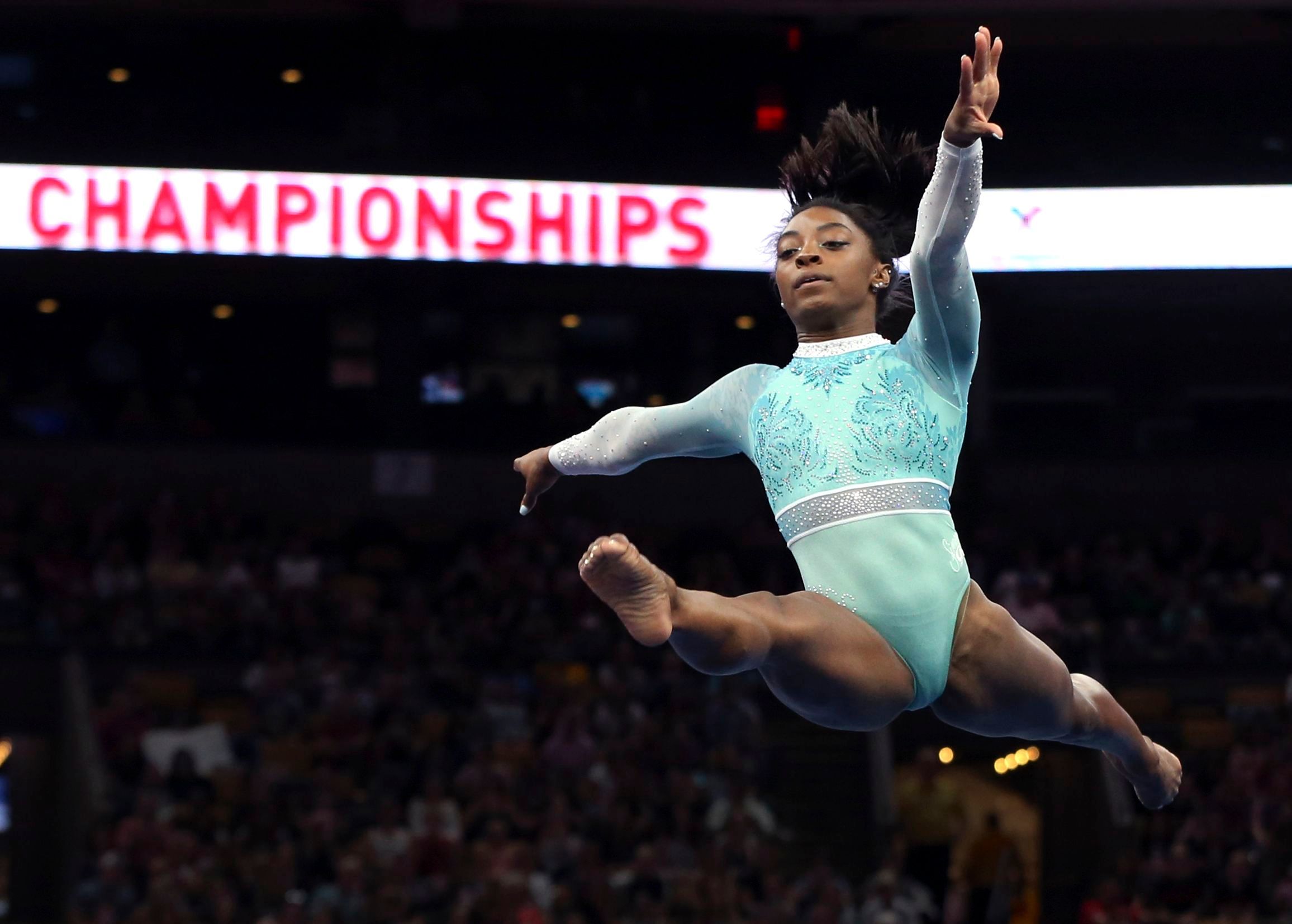 The world champion who recently hinted at competing in the 2020 Games in Tokyo, became interested in gymnastics when she was six during a day-care field trip to Bannon’s Gymnastix, where she remained for 11 years being directed by her coach, Aimee Boorman.

At the Women’s Junior Olympic National Championships in 2010, she won a gold in floor exercise and a bronze in the vault before getting into the top level of the competition in 2011, and with hard work and consistency, she dominated the sport within two years.

In 2013, she won the all-around title at her first world gymnastics championships, becoming the first African- American woman to claim the title. Biles also earned the silver medal in vault, and won the bronze medal in balance beam.

At the 2014 world championships, she took home four gold medals for four events: the women’s team competition, the individual all-around, balance beam, and floor exercise. She also won a silver medal in vault. In 2015, Biles won her third consecutive U.S. all-around title, making her the first woman to achieve that feat since Kim Zmeskal in 1992.

“At the 2015 world championships, she completed her hat trick of all-around titles. She also secured the balance beam and floor exercise titles, the bronze medal in vault, and a share of the team title. Those wins brought her career total to 14 world championship medals, the most ever earned by a U.S. gymnast, male or female”, a bio of her by Britannica.com states.

At the 2016 Olympics in Rio de Janeiro, she led the U.S. to gold in the team event and won the individual all-around. She further won the floor and vault events, making her the fifth female gymnast to grab four gold medals at a single Olympics. Biles also took home a bronze in the balance beam to bring her total number of medals to five.

The four-time Olympic champion consequently took a break from gymnastics, and later came out this year to announce that she was sexually abused by former Team USA gymnastics sports doctor Larry Nassar, who was convicted of sexually assaulting several other athletes under the guise of medical treatment. 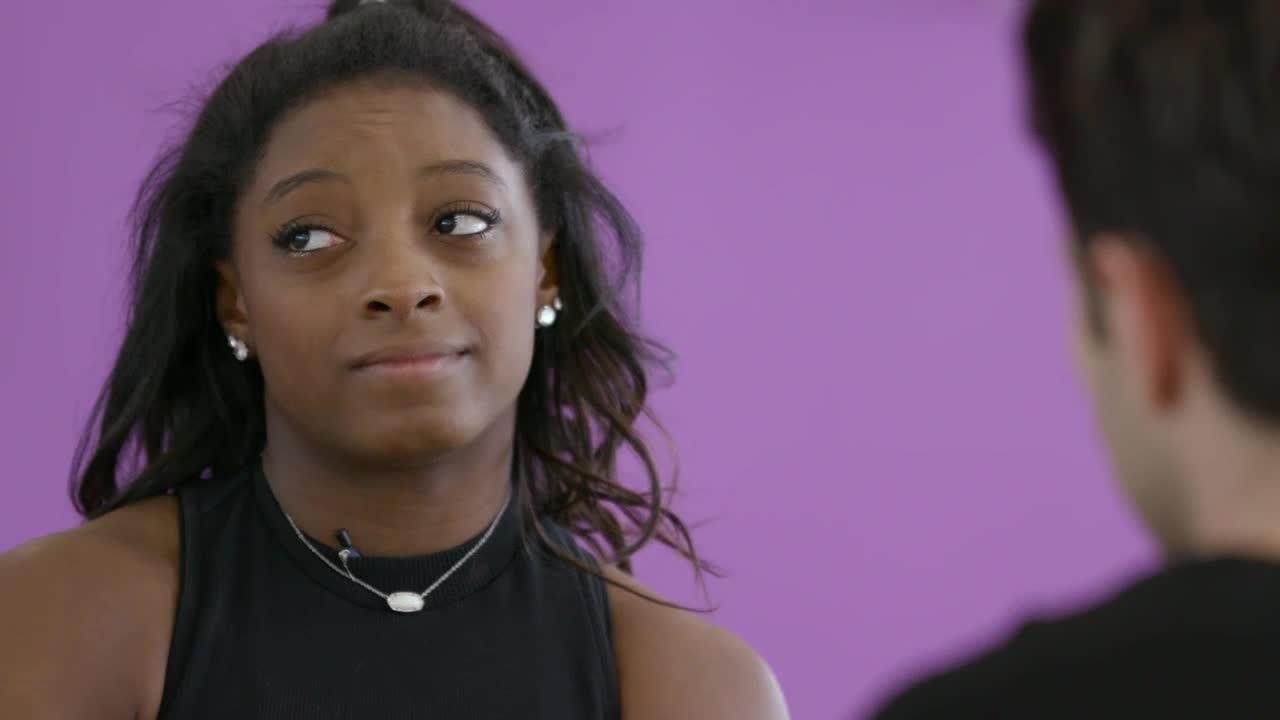 Biles returned to the competition this year and became the first female gymnast in nearly 25 years to win all five events, including a record-setting fifth all-around title at the 2018 U.S. national championships.

For someone who had an early childhood in foster care, Biles has risen through the challenges and trials to make a name for herself in her sports discipline.

She has also become a strong voice for change within gymnastics following the Larry Nassar sexual abuse scandal.