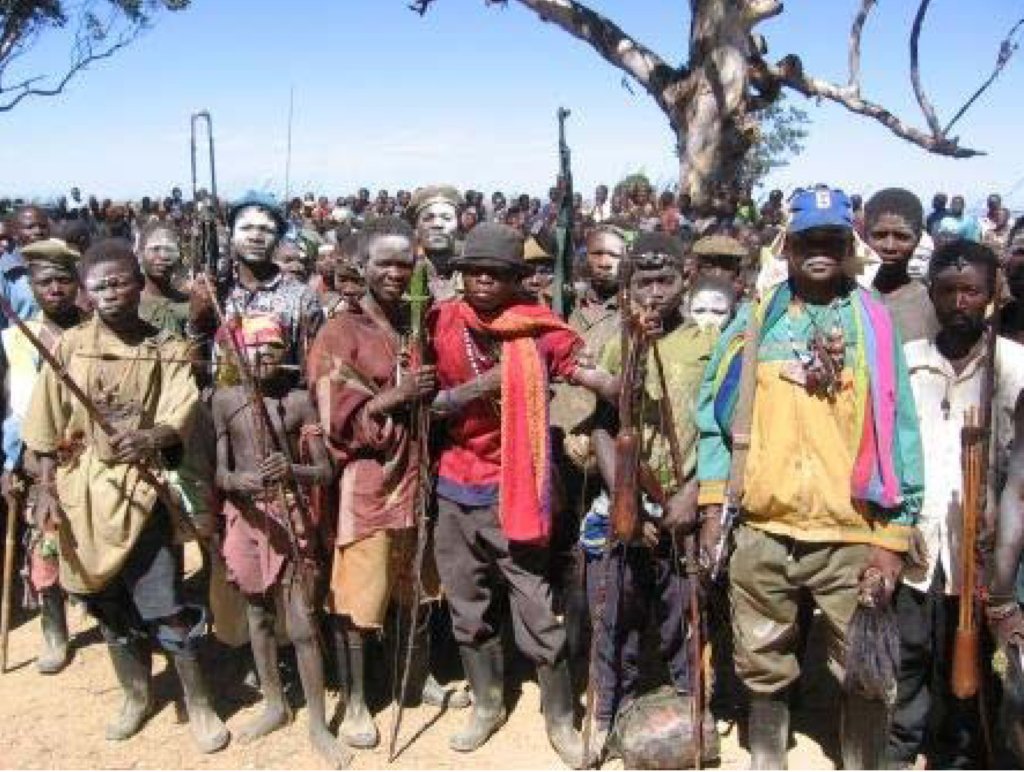 The mai-mai or mayi-mayi comprises of tribal leaders, village leaders, warlords, and opposition fighters motivated by political means. They are engaged in pillaging, cattle rustling, and armed robbery. The internal cohesion of the gang is not consistent so members of the group often align themselves with internal and external government entities and guerilla groups. The mai-mai are mostly active in the eastern provinces bordering Rwanda, North Kivu, and South Kivu.