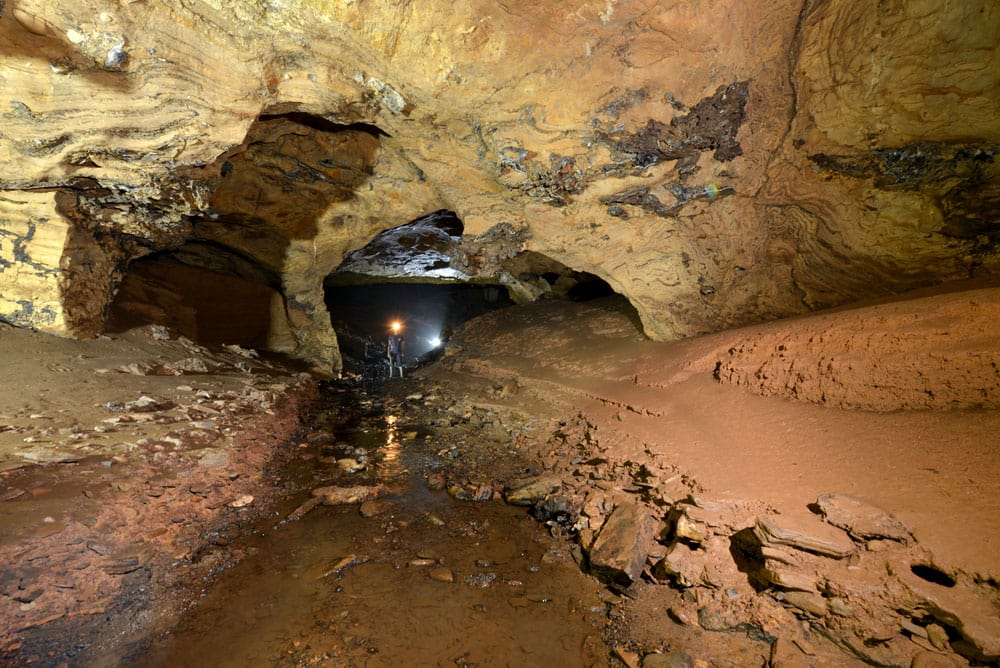 The Lastourville Caves are located in four limestone karst areas, which are landscapes that are characterized by caves and sinkholes, on the shores of the Ogooue River. The site is surrounded by rolling hills and has been used by humans since  ancient times for settlement, traditional ceremonies, and burial rites. The area is comprised of six caves, including the Paoun Cave, Lastourville Cave, Kessipougou Cave, Grotte de Mbenalatembe, Grotte de Lebamba, and Ngoiringomo Cave. The caves are fossil karstic conduits that have developed in cretaceous limestone channels running in different directions. Inside these caves you will find fossil shells of marine life, including crocodiles. Geologists claim that the caves originated from quaternary climatic changes, when deposits were laid down following the Tertiary period.