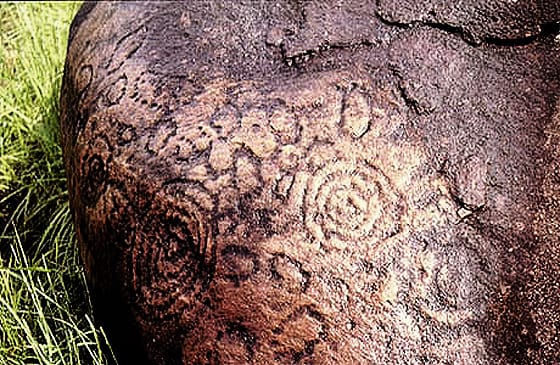 The Kaya-Kaya Rock Art site is located on a small tributary known as the Missitigui River inside the Ogooue Valley. It was first discovered by Franceville, a mining company, in the course of its uranium exploration in the area. The site contains oblong blocks of sandstones bearing about 30 motifs. You will also find vulva-like motifs engraved on phallus-shaped rocks. Historians argue that these motifs suggest the site may have been used for different ritual ceremonies, such as initiation and fertility. They also claim that the figures may have been engraved with metal tools due to their fine rectilinear grinding tracks.