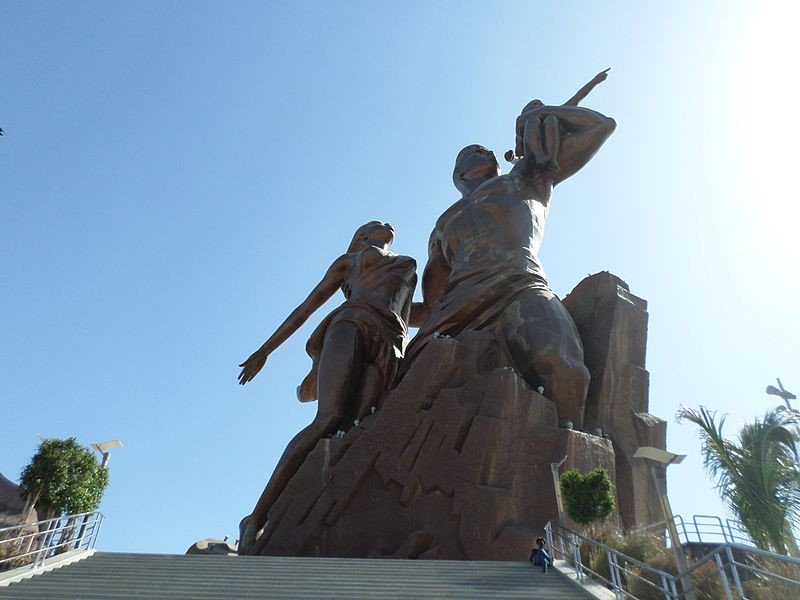 No other tourist site in Senegal has courted more controversy than the tallest statue in Africa – African Renaissance Monument, designed and built under the directive of former President Abdoulaye Wade. In Dakar, you cannot miss your way to the location of the statute as it is visible even to the blind. About 160ft tall bronze statue on top of the twin hills known as Collines des Manelles, outskirt of Dakar, Senegal, the statue is taller than the Statue of Liberty. The monument is however controversial for a number of reasons. First, the colossal statue was estimated at US$27 million, built at a time Senegal’s economy was in shambles. In the same vein, the statue was widely criticised as idolatrous. Senegal is a predominantly Muslim country and to have such a statue which reveals part of the woman’s breast, bare-chested father and a nude child contravened Islamic injunctions. But some people had defended the building of the project. Apart from the fact that the money allegedly paid was not paid in cash but in kind via land allocation to the firm that built the statue. Others praised the initiative as it represents the first monument to visit in Dakar. It was also explained in some quarters that 100 per cent of the receipts of the money realized at the monument will go to the construction of Early Childhood Huts/Cases des Tout Petits in Senegal, in Africa and in the Diaspora and would not be pocketed by Abdoulaye Wade as being talked about.